BTS took to their Twitter handle to extend their gratitude towards their fan ARMY. Fans reacted to their tweet and expressed their love for the boy band. 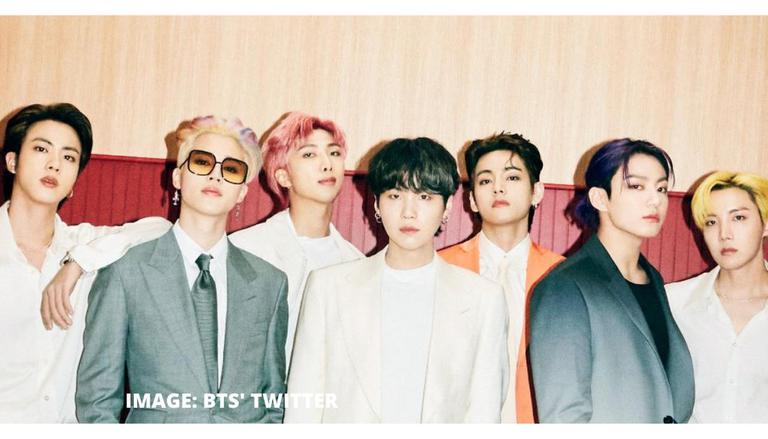 
The Billboard Music Awards 2021 took place on May 23 in Los Angeles and the South Korean boy band BTS took home four awards this year. The criteria for the awards included the Best Duo/Group, Social Artist, Top Songs Sales Artist, and Top Selling Song. They made history at the Award show after winning the Top Social Artist Award for the fifth time in a row. They also debuted their latest English single, Butter, live at the Award show. The band thanked their fan army, the BTS ARMY, for their win at 2021 BBMA through their social media handle.

BTS thank ARMY for their win at BBMA 2021

BTS took to their Twitter handle to extend their gratitude towards their fan ARMY. They wrote in Korean that translates to, "4th-year performer at BBMAs! 4 crowns at BBMAs! Cool cool cool..#BTS_Butter Did you watch all the first stage smoothly?! Ready to run ARMYs with Beats". They added several hashtags with the tweet, including "#Got_ARMY_Behind_Us". They also shared two photos of the band with each member holding a trophy.

Following BTS' win at the BBMA 2021, Twitter was filled with ARMY's reactions. One of the fans wrote, "They feel our love and respect and they do love and respect everyone of us And this is something we only share .. we will be there for them and they will be there for us ALWAYS" in her tweet, while another one wrote, "Can't think of anything apart from @BTS_twt! I'm feeling so proud to be a #BTSARMY".

Can't think of anything apart from @BTS_twt! I'm feeling so proud to be a #BTSARMY

Im so happy and honor to be a part of ARMY and BTS.

Thank you so much for your hard work 💜💜💜 #BTS #BTSARMY #BTS_Butter

I'm not crying, you are 😭
Thank you Bangtan for your words and for loving us.

READ | Our prayers are with India, says BTS as country battles COVID-19

The much-anticipated song, BTS' Butter released on May 21, 2021. The band released the song via HYBE LABELS' channel on YouTube. Within three days, the official music video of the song has received over 181 million views on YouTube.