As BTS is one of the leading boy bands in South Korea and also in the world, it again topped the Boy Group Brand Reputation Ranking chart. Read on. 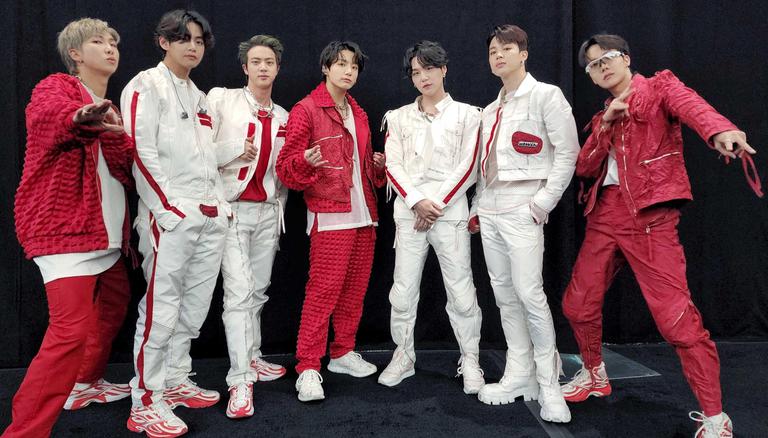 
The South Korean boy band BTS has surely taken the world by storm with their songs and ace dance moves. The Grammy-nominated band has been reaching new heights ever since it made its debut and has also been breaking records with its songs. They enjoy one of the largest fan bases across the world, known as ARMY. While the band is one of the leading boy groups in South Korea and also in the world, it topped the Boy Group Brand Reputation Ranking chart for the 48th consecutive month.

As per Pinkvilla, the Korean Business Research Institute has revealed its boy group brand reputation ranking for the month of May. The institute unveiled its chart after using the big data collected from April 7 to May 7, 2022. The ranking is determined on the basis of various factors, which include consumer interest, the volume of communication and interaction, coverage in media, and community indices of various boy groups. As far as these factors are concerned, BTS is undoubtedly at the top due to its fan following and record-breaking spree.

The boy band is surely one of the biggest bands in South Korea and also the first K-Pop band to compete at the Grammys. BTS is the only South Korean band that has been nominated for the Grammy Awards so far. Seeing their fan following and buzz around the world regarding their tracks, it is no surprise that the band has been topping the ranking for the past consecutive 48 months, without any change in the position.

BTS reflected a brand reputation index of 11.5 million points, whole its keyword analysis revealed: "SUGA," "In the SEOM" and "Jungkook" as the high-ranking phrases. On the other hand, the group's highest-ranking related terms were "record," "pre-book" and "long-running." The band's positivity-negativity analysis saw 88.71 percent positive reactions.

Meanwhile, BTS is now gearing up for the release of its upcoming album Proof. The band members, RM, Jin, Suga, Jungkook, V, Jimin, and J-Hope, are all set to embark upon the promotions of their new album. The band's title song will be Yet To Come.