BTS had performed the Black Swan dance at the Melon Music Awards 2020. In addition to other pictures and videos, BTS shared this video for their fans. 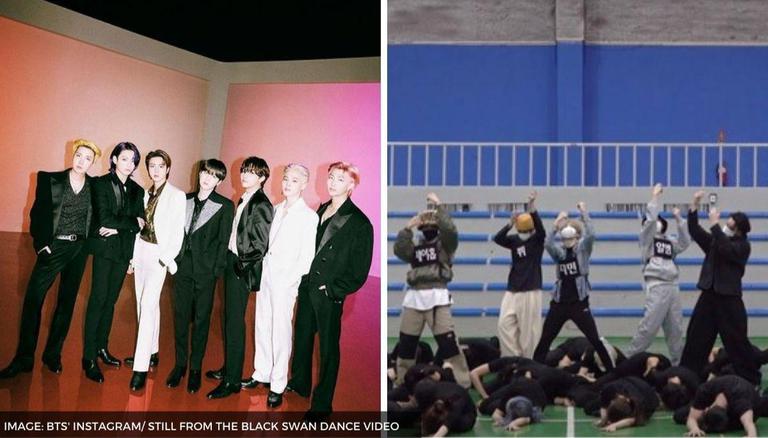 
The Korean Boy band BTS will be completing their 8th year anniversary on June 13. On May 21, BTS released their Billboard Hot 100 No. 1 single Butter. After two weeks of celebration following their ascension to the top, the band is gearing up for their forthcoming anniversary. They recently dropped the Black Swan choreography for FESTA 2021 which they had performed at the Melon Music Awards 2020.

Every year, the Korean band celebrates the anniversary of their first album, 2 Cool 4 Skool, with BTS Festa, a two-week extravaganza filled with surprises for fans. In addition to FESTA portraits and profiles, the septet has released two choreography videos: N.O dance break edition from MAP OF THE SOUL ON: E and Black Swan introductory dance from Melon Music Awards 2020. Take a look at their Black Swan choreography.

BTS brought the Melon Music Awards 2020 to an end with this performance. The band performed the orchestral version of "Black Swan" in the dance rehearsal version, with Jungkook and Jimin doing the Pas de Deux, which is French for Step of Two. Though it is generally performed by a man and a woman, the two members defied stereotypes to create a swoon-worthy stage. Black Swan in this version was poetic. Jin and RM, as well as J-Hope and V, performed their sets together, executing the spins and jumps that established this display as one of their best to date. Suga was missing in action at the time since he was recovering from shoulder surgery.

During FESTA, BTS publishes new content such as songs, song covers, dance videos, and photo collections, among other things. The two-week online festival concludes in a sit-down conversation session followed by a performance. This time, though, it is a two-day concert combining FESTA and MUSTER. On May 22, HYBE issued an important statement on their social media site Weverse, which stated that BTS 2021 MUSTER SOWOOZOO will be a live-streaming event on the internet.

The concerts will be scheduled in South Korea on June 13 and June 14 and will be a world tour version, comprising their foreign language songs. Furthermore, if seat spacing standards that conform with government venue COVID-19 control procedures are determined, an in-person show will be held simultaneously with the online event.