BTS' V talks about being the hidden member in the group before the band's debut and discusses his upcoming solo mixtape. See the full article below. 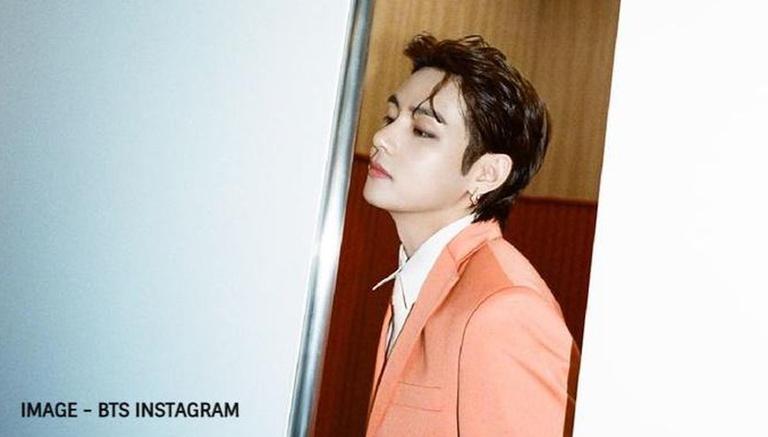 
BTS' V has recently decided to pave a new path for himself, by going solo. In an interaction with Rolling Stone Magazine, the singer spoke about his experiences as he decided to release a solo album. The singer also spoke about the hurdles he's faced for his upcoming mixtape.

Before BTS made their debut in 2013, V was the "undisclosed seventh member" of the K-pop musical group. While speaking to Rolling Stone, the singer mentioned how when he was told that he would be "the hidden member" for the group, he initially thought he had been "cut from the team". He also spoke about how he can laugh about it now but the fear at the time was there.

Although V has had plans to release his solo for a while now, time has apparently not been on the singer's side. The upcoming mixtape by V, is a 13-track project for which the singer gave fans some insight about in the "BE-hind Story" teaser. Since V has decided to go solo, this means that the singer will not be working in a collaborative environment that he's used to being in with other BTS members. While BTS' V has taken the baton for the group a number of times, the singer now hopes to make the same impact in his own music.

READ | What time is 'Butter' by BTS coming out? Here are the timings for different zones

While speaking to RS, the singer spoke about how working on his own music, means that he has to do every song by himself. He mentioned how he has to take part in every process which is writing the lyrics, melodies, and even production. He then mentioned how the "pressure" that is usually distributed to all BTS members is all on him alone for this one, and that "it's tough".

READ | Is BTS performing at the Billboard Awards 2021? Details about the performers and finalists

READ | BTS' Butter review: A flirty track that oozes with the septet's creamy moves and vocals

On the current work front

BTS has finally released their highly anticipated single, Butter, which is an all-English track. The song which released only a few hours ago has already received over 47 million views on Youtube. While BTS songs have primarily been in Korean, the band's usage of English words has increased since their debut. BTS' Butter is the band's second all-English track after Dynamite, however, it has a much different vibe than the other. Take a look at BTS' Butter below.