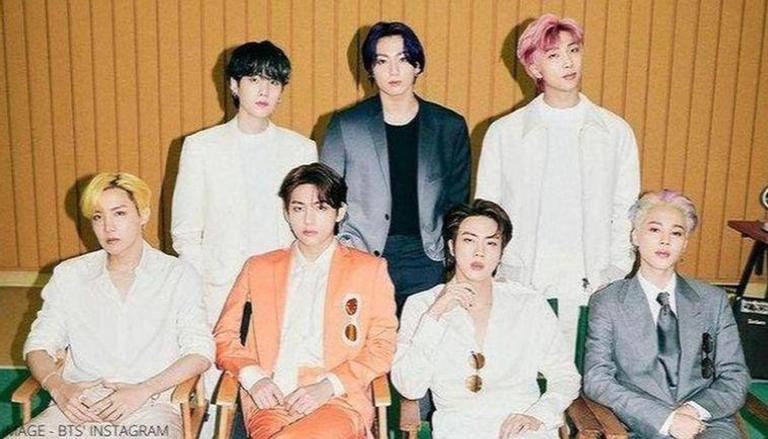 
At the Billboard Music Awards 2021, BTS scripted history once again after they bagged the 'Top Social Artist' award for the fifth consecutive time. The K-POP boyband had first won the award in 2017 after they dethroned Justin Bieber's streak and have been winning in the category ever since. This year, the group was pitted against K-POP groups Blackpink, and Seventeen, Filipino pop act SB19 and Ariana Grande.

"Top social artist for the fifth consecutive time. Thank you ARMY and BBMAs for such an incredible title," said BTS J-Hope in a video shared by the Billboard Music Awards Twitter handle. "Let's hope to stay connected as always. ARMYs we love you," said Suga and the boys.

Aside from the win, the BTS BBMAs 2021 performance for their newly-released title track 'Butter' was equally anticipated. Ever since its release, BTS 'Butter' has climbed up on the charts and has been piling up views. The latest English single by Bangtan Boys also became the fastest music video in YouTube history to hit 10 million views outdoing none other than BTS itself which had held the rank with its previous English single Dynamite. In 24 hours, BTS Butter garnered over 113 million views.

ladies and gentlemen, BUTTER the song and performance of the year. pic.twitter.com/c8mQCyghlS

THE SET, THEIR FITS, THE VISUALS, VOCALS, STAGE PRESENCE, AND BUTTER CHOREOGRAPHY WAS ALL SO GOOD! THAT WAS EVERYTHING 👏#ButterLiveDebut #BBMAs pic.twitter.com/0vdUoHk033

READ | Our prayers are with India, says BTS as country battles COVID-19
READ | Take a look at the top 10 episodes of 'Run BTS' that are full of fun moments