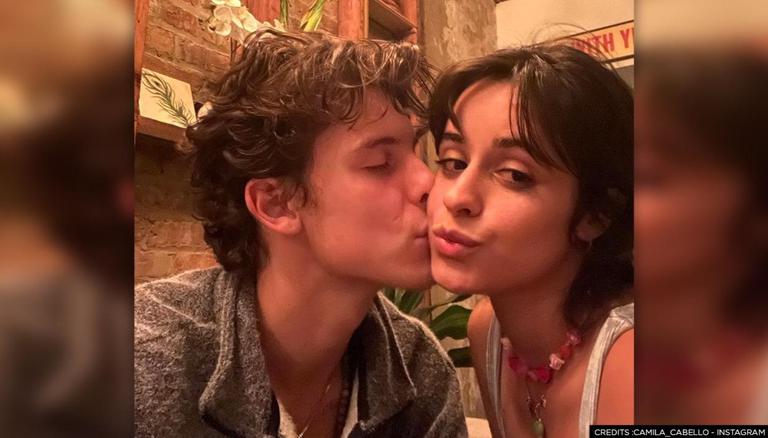 
Camila Cabello is gushing over her boyfriend, Shawn Mendes. Recently, in an interview, American singer and songwriter, Camila Cabello praised her beau Mendes for his amazing looks. She also talked on how she guided him through the Spanish sections of his latest song. During her conversation on Apple Music 1's New Music Daily via Just Jared, the Havana singer also revealed that she is less concerned about her singer boyfriend's handsomeness when he does odd things.

During her appearance, the Grammy-nominated singer discussed how she is coaching Mendes on singing in the Spanish language. That's also when the host of the show brought up how the Treat You Better singer is "good looking". Responding to the remark, Cabello said, "I know".

Adding to that, Cabello revealed that she is less concerned about her beau's handsomeness when he does odd things. She said, "It’s great when he does things that are weird and dorky because I feel it makes him just like, less intimidating, his handsomeness, like makes me not as nervous". The Mercy singer has been loving Latin culture.

Camila added, "And I don’t know if he told you this, but he is taking Spanish lessons really to learn to speak Spanish. So he already had some ground covered before that. That studio session, I was riding him so hard". She said, "He was like, 'That's good'...[and] I'm like, 'Do what you want, but it isn't right, I'm just saying". The 24-year-old concluded, "But he, apart from that song, really has also fallen in love with Latin culture".

It was only recently when the celebrity couple celebrated their two-year anniversary by sharing a post dedicating to each other. On July 4, 2021, Cabello took to her official Insta handle and dropped several throwback pictures featuring herself and her beau. In the pictures, the couple can be seen enjoying quality time with each other and posing adorably for the camera. As for the caption, she wrote, "happy anniversary Kuko... here’s to more joy, more friendship, and more love," with a pair of red hearts.

Furthermore, on the work front, Camila Cabello has dropped the title of her upcoming third album, Familia. She has also been promoting her new song, Don't Go Yet. Her new KESI remix song also features Mendes singing a portion in Spanish for the first time. To create the multilingual song, the singer collaborated with a Colombian pop singer. The list of popular Camila Cabello songs includes Bad Things, Never Be the Same, Real Friends, Mi Persona Favorita, Shameless, Cry For Me, Living Proof among others.