Cardi B Fangirls Over 'You' Star Penn Badgley; Says 'he Knows Me, I'm Like Famous'

American star Penn Badgley, who is famously known for his character in the series 'YOU', recently expressed his thoughts about rapper Cardi B. Read on. 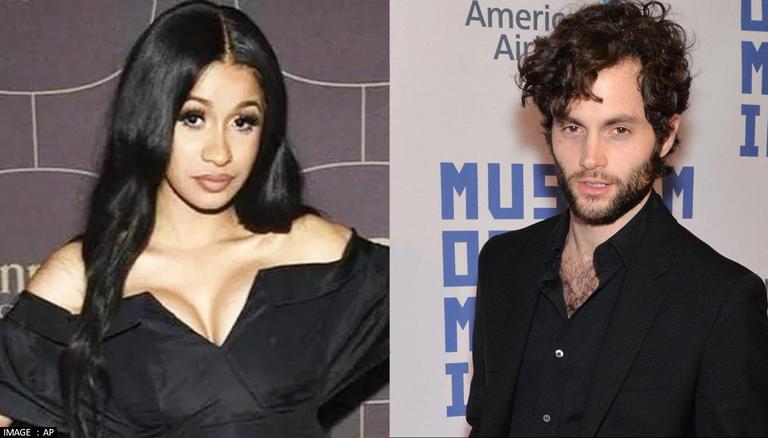 
American star Penn Badgley, who is famously known for his character in the series YOU, recently expressed his thoughts about rapper Cardi B. During a promotional event, Penn praised Cardi B's hands-on attitude and revealed that he is nothing like her. Following this, a Cardi fan account posted a clip of Badgley, who was seen speaking at Netflix’s “In Conversation with YOU” event in Manila, Philippines. In the interview shared by a fan page, Penn appreciated Cardi B’s unique approach to social media which makes her so popular among the youngsters and her fans.

While sharing his thoughts about Cardi B during the event, he said, “I really appreciate people who have this totally second-nature relationship to it, because that's when you have something meaningful and substantive to post, then I think it really comes through and people appreciate it all the more. Cardi B is a great example of that. She has such an authentic relationship.”

Cardi B fangirls over You actor Penn Badgley

Adding to it, he said, “To me, it's this incredibly nuanced place to be, and despite what many might judge as antics, I feel she has an incredibly authentic relationship to that, and I think that's why people like her so much". The mother of two was quick to take notice of the video on Twitter and instantly reacted to it. “OOOOMMFFFGGGGGG HE KNOWS ME !!!OMMMGGGG!!!!!!Yoooo like I'm famous famous", the WAP rapper reacted.

Penn Badgley aka Joe Goldberg of #YOUSEASON3 is a Cardi B stan never forget 😌 pic.twitter.com/0BCIicPEdz

The actor responded to Cardi's tweet with a simple "I", indicating his disbelief. The rise in Badgley’s fan-following seems to have grown more as the third season of the show was released recently. Apart from those who shower him with love or some who may not be too pleased with what his character does in the show, there are some who seem to be having some unique requests for the actor. One such fan requested him to kidnap her, to which Penn himself responded. A fan tagged Penn Badgley and tweeted to him, "Ayoooo kidnap me". The actor jokingly replied that he was not sure, but we felt that the word 'ayooo' before the word 'kidnap' brought a 'different ring' to it and added, 'I'm not mad'.

READ | Cardi B on why she stopped talking about politics: 'Tired of getting bashed'

Meanwhile, the third season of the show hit Netflix on October 15 and instantly became a talking point. The season features 10 episodes in all. All the episodes have been released together and are available for streaming. The show even became No 1 on the streaming platform, after beating the latest sensation Squid Game.

READ | Cardi B flaunts mansion she received as gift from husband Offset for her b'day; See pics

READ | ‘Squid Game’: Billie Eilish, Cardi B and other celebrities who loved K-drama

WE RECOMMEND
'You' star Penn Badgley has interesting response to fan's 'kidnap me' plea
'You' actors Penn Badgley, Victoria Pedretti 'felt strange' filming intimate scenes
‘Squid Game’: Billie Eilish, Cardi B and other celebrities who loved K-drama
'You' star Penn Badgley a younger Jose Mourinho? Fans can't 'unsee' their similarity
Cardi B on why she stopped talking about politics: 'Tired of getting bashed'
Listen to the latest songs, only on JioSaavn.com