Nitin Rajan, who co-founded Primitiv, passed away at the age of 42 due to cancer. The band's social media page and Riju Dasgupta have confirmed the news.

Nitin Rajan, an extreme metal vocalist and the co-founder of the band, Primitiv, passed away on November 17, aged 42. The tragic news was announced by the band on their social media account. Apart from establishing a metal band, he was also a pioneer of many metal music festivals in India.

Nitin Rajan passes away at the age of 42

One of India's most popular metal vocalists Nitin Rajan passed away on Tuesday night after battling cancer for over a year. Confirming the news, his metal band Primitiv took to social media and wrote: 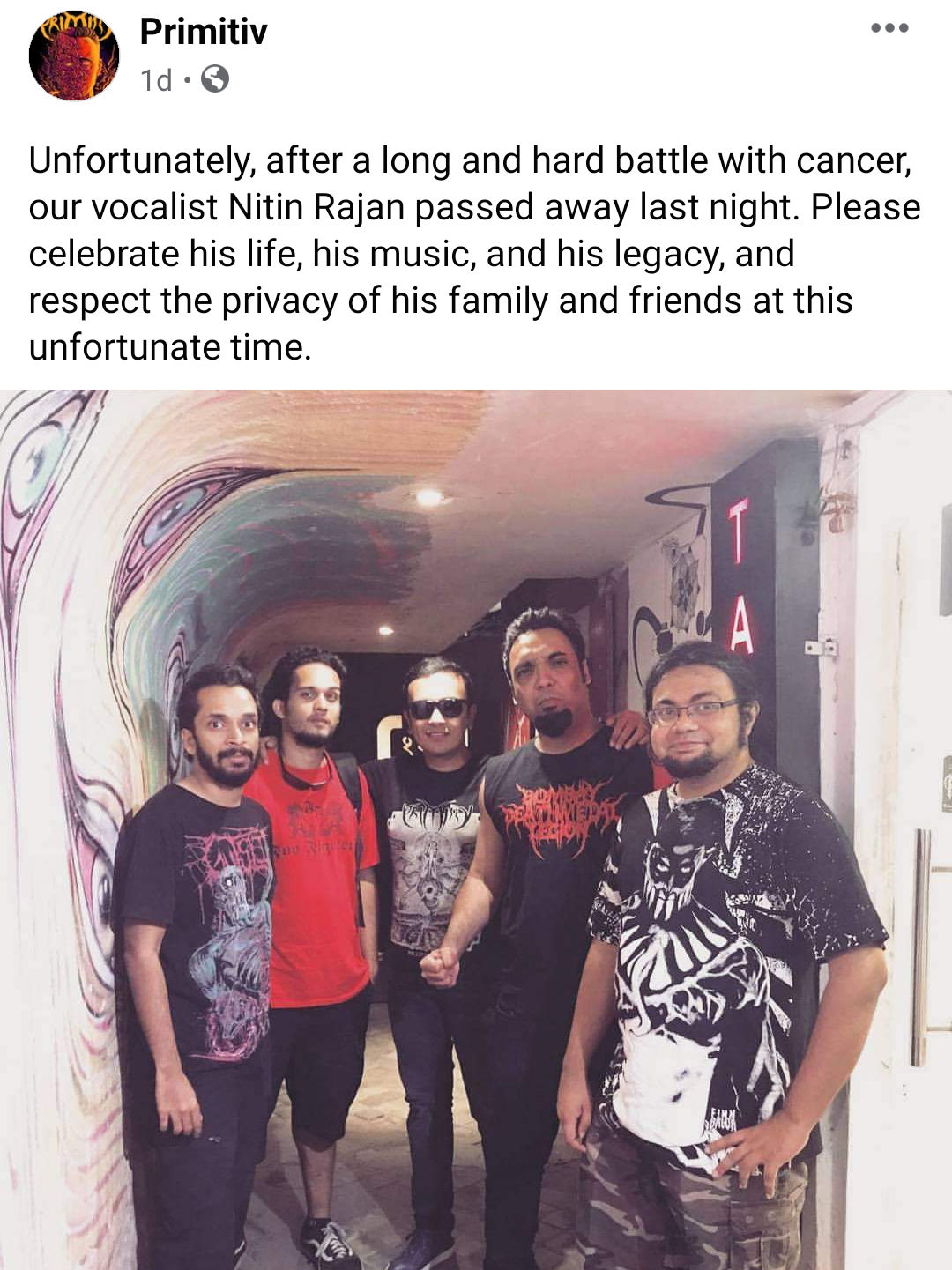 Nitin Rajan's band was co-founded by him in 2013 along with bassist Riju Dasgupta and guitarist Rajarshi Bhattacharyya. They had named their band Primitive because they wanted their band to be identified as an old school one. Their sound is a combination of heavy, doom, and death metal and they preferred calling their genre 'stone age metal'. Riju Dasgupta also shared a post about Nitin Rajan's death along with a black and white photo of the band playing at a gig. He wrote that all of them were stunned by the suddenness of his death. 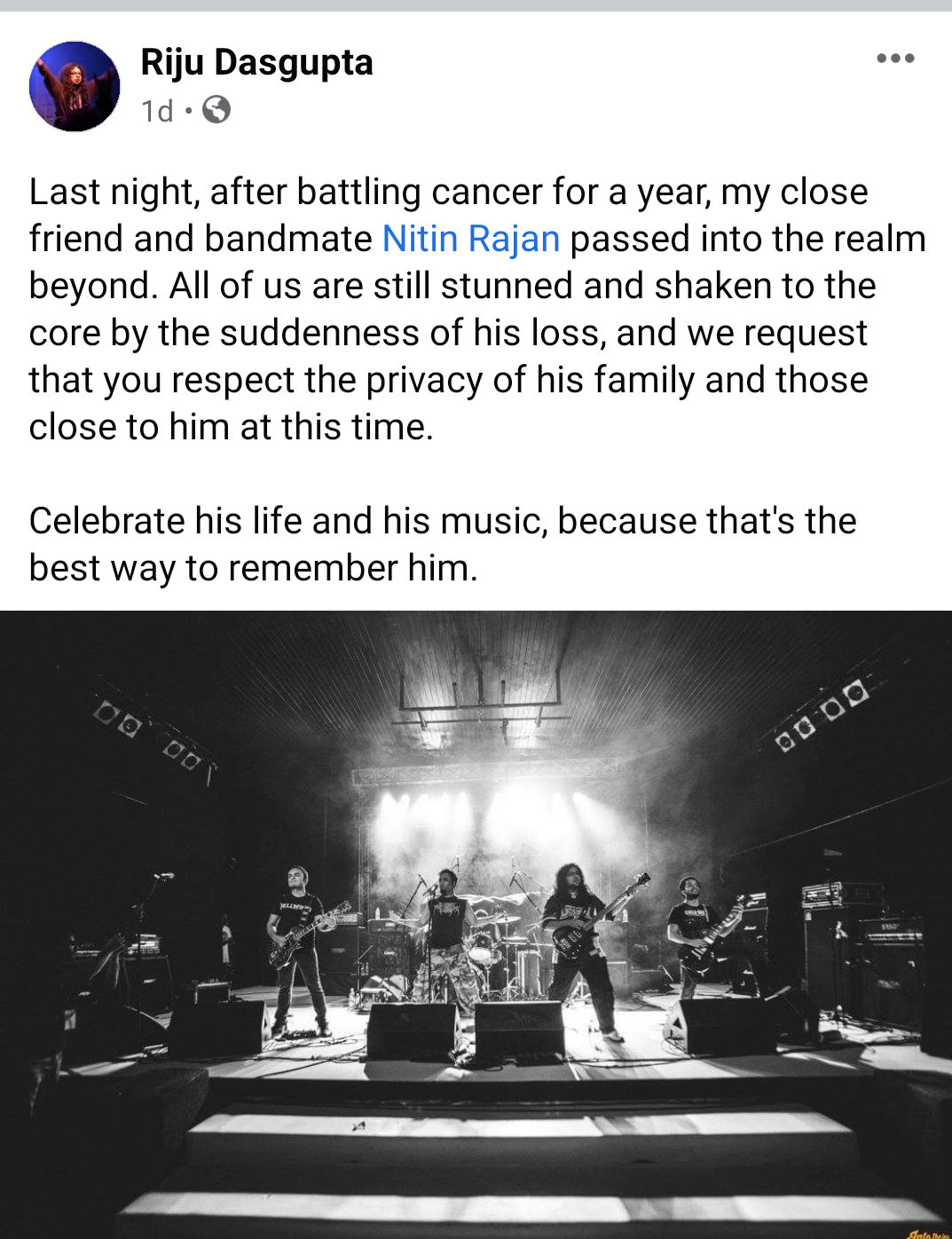 Also Read | Did You Know Neeti Mohan Was Part Of A Pop Band Called Aasma In 2003?

Nitin was also the mastermind behind one of India's oldest metal music festivals called Domination – The Deathfest. It started in 2000 and took place for 3 years after which it stopped. However, after 10 years in 2013, because of his efforts, it was revived, according to reports by Rolling Stone. Apart from Primitiv, he also had a good career in Digital media and marketing. He was first the vice president and later the head of digital media at RadioCity. He was one of the best employees of the company and helmed projects for Radio City such as Radio City Freedom Awards etc.