For all the music lovers, Coachella 2022 lineup has been finally revealed by the show’s organizers and has left fans excited to watch their favourite star. 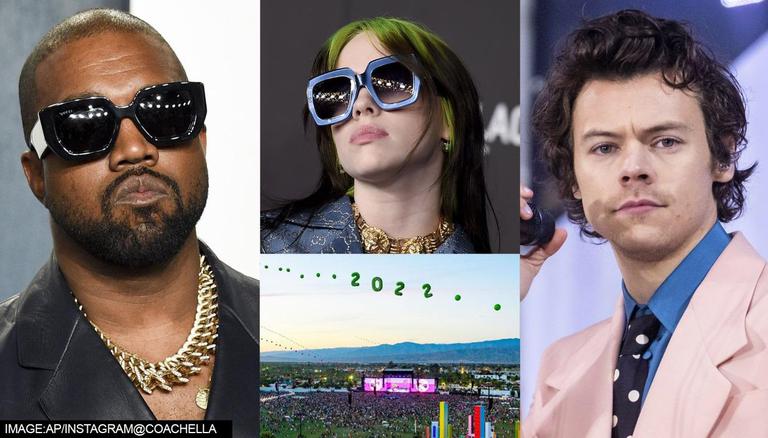 
For all the music lovers, Coachella 2022 lineup has been finally revealed by the show’s organizers and has left fans excited. The world-famous event, which takes place in the Southern Californian desert, has experienced multiple delays and cancellations due to the Coronavirus pandemic. However, promoter Goldenvoice has now confirmed Coachella will return over two weekends this year.

With an array of performances lineup this year, fans are happy to watch their favourite trio Kanye West, Billie Eilish, and Harry Styles. Among others to mesmerize fans with their voice will be Lil Baby, Daniel Caesar, Phoebe Bridgers, Big Sean, Megan Thee Stallion, 21 Savage, Danny Elfman, Doja Cat, Joji, Run the Jewels, and many more. For the frenzied fans, we have curated some information about the ticket sale and the music festival dates.

Where can we purchase Coachella 2022 tickets?

How much are Coachella 2022 tickets for?

General admission passes are currently $549, not including fees. The pass allows for entrance into the venue, as well as day parking for all three days, and grants GA pass holders access to the GA camping areas. If you want shuttle access as well general admission, that will set you back $633 for a pass. VIP passes are being sold for $1,119, which offers the holder access to the Car & Tent camping areas and the venue VIP areas. The latter include "specialty food & drink vendors, air-conditioned restrooms, shaded seating areas, and full cash bars," according to the festival's website.

All about Coachella 2022 event

After two years of postponements and cancellations due to the COVID-19 pandemic, Coachella 2022 is all set to take place on April 15-17 and April 22-24 at the Empire Polo Grounds in Indio, Calif. Following the AstroWorld Festival tragedy, rapper Travis Scott was removed from the lineup. As per a report by Variety, the rapper's agent fight hard with the organizers to keep Scott included in the list. This year, large-scale art installations will also be featured at the weekend music event. Viewers can catch works by Los Dos, Architensions, Do LaB, and more. Guests will also have a chance to take advantage of Ferris Wheel rides, recreational games at Field of Dreams, dance parties at The Dome, and food trucks and vendors.