Singers Daler Mehndi and Mika Singh's elder brother Amarjeet Singh passed away on October 29, 2018. Taking to the photo-sharing app, Instagram, Mika Singh and Daler Mehndi paid tribute to their late brother by saying "Waheguru ji ka Khalsa Waheguru ji ki Fateh. We are deeply saddened to inform you of the demise of Amarjeet Singh our elder brother who had been hospitalised over the last few days. Amarjeet Bhaji departed for his heavenly abode today early morning. The cremation will take place at 5 pm today at Tilak Vihar Cremation Ground. Waheguru. 🙏🏽" 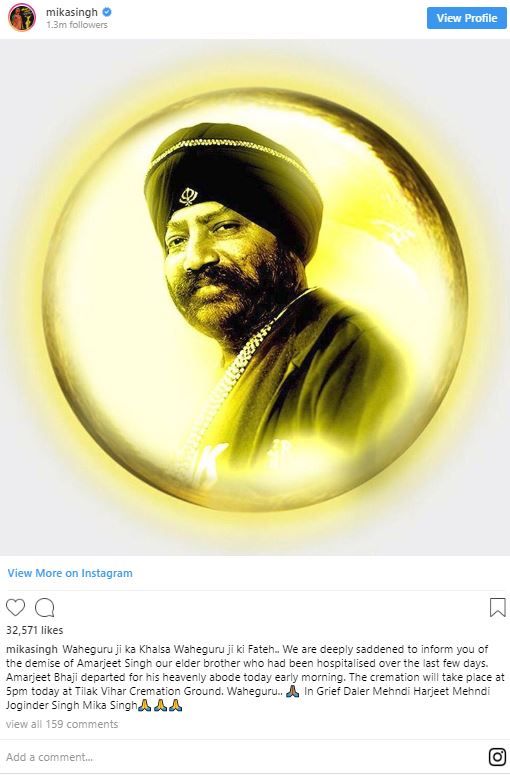 Amarjeet Singh's last rites were performed at the Tilak Vihar Cremation Ground at 5 pm on Monday. He was hospitalised over the last few days. Daler Mehndi and Mika Singh are renowned Bollywood singers. The former rose to fame with the 1995 track 'Bolo Ta Ra Ra' and is known for singing such as Bolo Ta Ra Ra. Further, he has also lent his voice in several Bollywood films which include ' Biwi No 1', 'Baahubali: The Beginning', 'Dangal', 'Singh Is Kingg' and ABCD 2 among others.

Read: Mika Singh Lands In Controversy For Performing In A Concert In US Called ‘Hamara Pakistan’

Daler's younger brother Mika Singh is also a renowned playback singer, who has sung in several Bollywood films including 'Race 3', 'Jab We Met', 'Kick', 'Tanu Weds Manu', 'Sonu Ke Titu Ki Sweety' and 'PadMan' among others. He has also appeared as a judge in several TV reality shows such as 'The Voice India', 'Saregamapa' and 'India Ke Mast Kalandar'

On the work front, Mika Singh recently released his Punjabi track in collaboration with singer Biba Singh. The song is composed by 'Desi crew' and written by Kumar Sunny. It is produced by Mika Singh and Dr Tarang Krishna. 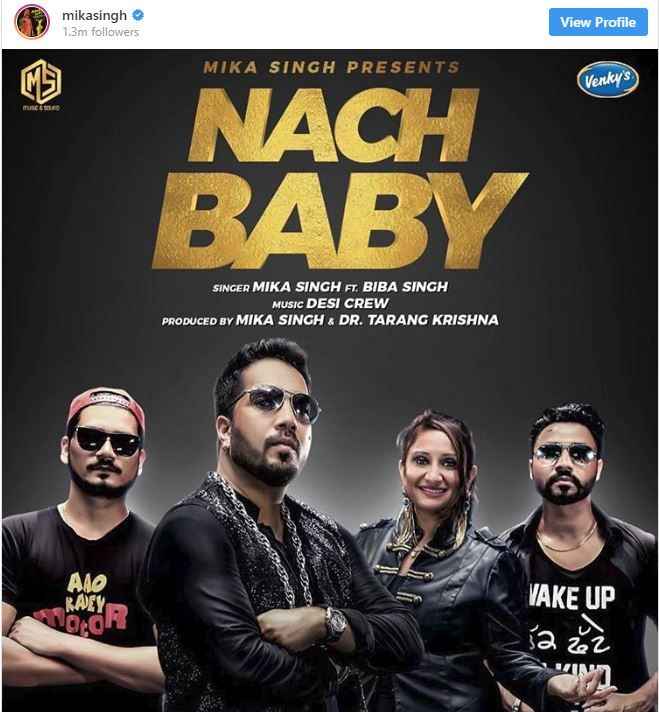 Earlier, singer Mika Singh's Twitter account was hacked on Saturday, September 8. While the identity of the hacker has not been disclosed the closest guess could be made based on his Twitter description. His Twitter description reads, "Against the US position, I support Turkey. Turkey is not alone."

PEOPLE HAVE PLEDGED SO FAR
Beyonce, Taylor Swift and other stars who failed to make a mark at Grammy 2020
W&W's best tracks that all electro-dance music fans must listen to
Nicki Minaj's brother Jelani Maraj gets 25 yrs to life in child rape case: All about him
Diljit Dosanjh to perform live in New Delhi on February 2, 2020; Details
Demi Lovato fails to stop her tears during a powerful performance at Grammys 2020
DO NOT MISS
KISHOR'S DARE TO NITISH
MAHARASHTRA MULLS NATIONAL ANTHEM
JDU BIHAR PREZ RUBBISHES REMARK
PRASHANT KISHOR REFUSES TO COMMENT
US:TRAVEL BAN FOR CHINESE OFFICIALS
LIFE INSURANCE FOR NRI IN INDIA