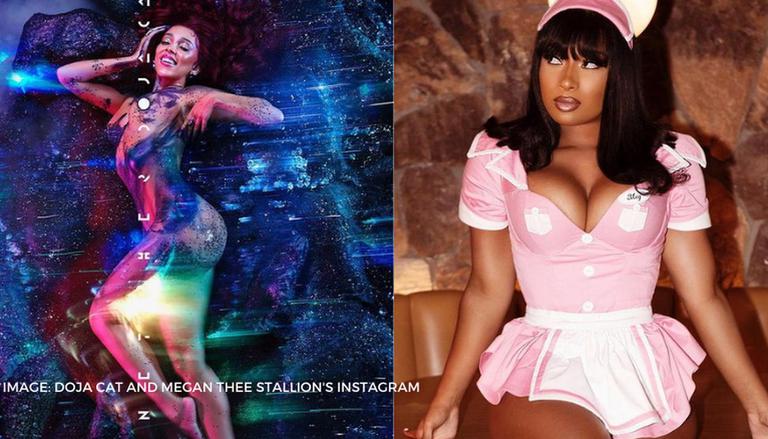 
June 11 will be a special day for music lovers as several pop stars decided to treat their fans with new tracks on this day. Some of the artists who surprised their fans with new songs include Lorde, Migos, Nicki, Meghan Thee Stallion and Doja Cat and the netizens cannot keep calm about the same.

Following the release of her song Kiss Me More featuring SZA, Doja Cat dropped her second song for the year with Need To Know after teasing her fans with the arrival of her new album for a few days on social media. On Thursday, June 10  Doja shared that her album Planet Her will be releasing on June 25 and also added that in addition to SZA, the album will also feature collaborations with Ariana Grande, The Weeknd, Young Thug and JID.

New Zealand singer Lorde has been MIA for the past four years after the release of her second album Melodrama. The Royals singer had recently hinted that new music is coming by updating the cover of her new album Solar Power on her website and asked her fans to stay patient. On June 11, the singer dropped a surprise gift for her fans and the official music video of Lorde's Solar Power was released.

READ | Megan Thee Stallion drops in from the sky in DJ Khaled's new 'I Did It' music video; watch

Rapper Megan Thee Stallion released her first single of the year with her song Thot Sh*t which visuals the reemergence of her alter ego, Tina Snow.

Twitterati reacts to all the new music

The netizens couldn't keep calm as they were served with a lot of new music on one single day and took to their Twitter account to share their reactions on the same. Check out some of the reaction below.

Us enjoying all of the new 🔥 with Polo G & Hall of Fame, Nicki Minaj on the ft, Migos with Culture 3 #CultureIII and Cardi B on the Type Shit ft, Pierre Bourne, Doja Cat, Megan Thee Stallion brought Tina Snow with her Thot Sh*t

Lorde is back! Doja Cat is dropping her album later this month! Megan Thee Stallion is back as Tina Snow! 2021 is giving pic.twitter.com/M8BOzxKGbG