Doja Cat has recently announced the details of her upcoming single named Kiss Me More. She shared a cover art of the song on her feed. Read ahead to know more.


Doja Cat has recently announced the details of her upcoming single named Kiss Me More. The singer made the announcement by sharing a cover art of the song on her Instagram feed. The song will be released in collaboration with SZA. It will be Doja Cat’s first new song as a lead artist in over a year after the release of Boss Bitch in January 2020.

Doja Cat and SZA collaborate for Kiss Me More

Doja Cat posted a cover art of the song that was created in the shades of pink and blue. The cover image read, “Kiss Me More Doja Cat Ft. SZA.” The song is scheduled to release on April 9, 2021. Announcing the same, in her caption, she wrote, “Kiss Me More feat. @sza - OUT Friday! Covert Art: @chadknight.” She also added a pre-saving link in her caption. Fans and celeb friends went gaga over her post and flooded it with a number of reactions. Take a look below. 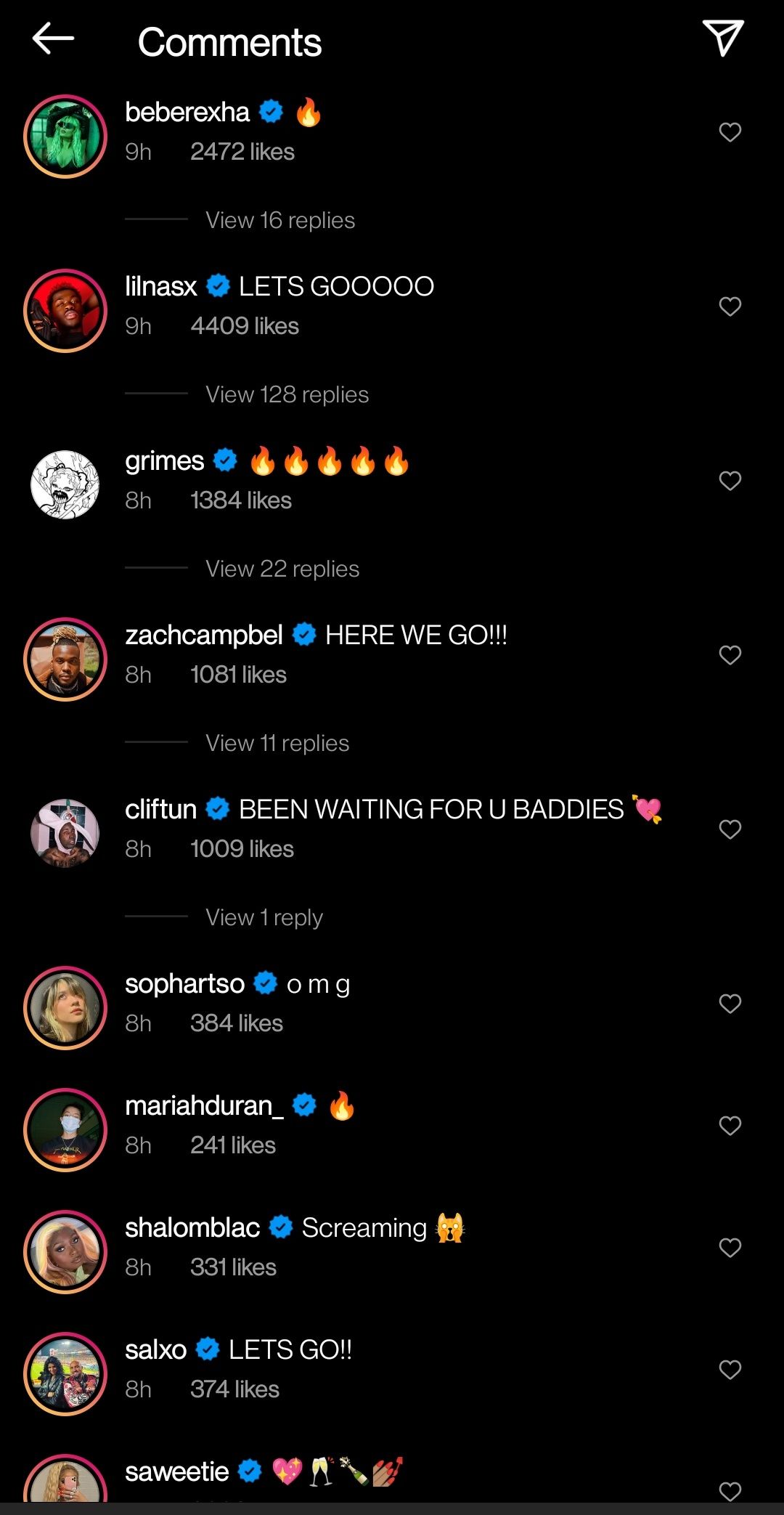 The news of the song came up when SZA interviewed Doja Cat, earlier this year. As per NME, Doja was asked if she did various genres because that’s what the audience wanted to hear. The singer responded by saying that she wanted to try new things but commended artists like SZA who stuck to something. Doja further added that she wanted to try everything but learnt that she was falling into a lot of the house, disco, vintage essences and that’s where her heart was. SZA encouraged Doja by saying that she could do everything and also stated that Kiss Me More will be a different strut and she was excited about it.

Kiss Me More is the first single from Doja Cat’s upcoming third album named Planet Her. When asked about her other collaborations on the album, Doja said that she respected the people and was very excited about having them on the album. It was a full-circle moment for her. However, the tracklist of her album has not been revealed yet but some of the collaborations have been released. She has collaborated with Ariana Grande, Megan Thee Stallion for 34+35 Remix and Saweetie for Best Friend.