Dua Lipa On Working With Elton John: 'loved Being Part Of A Creative & Joyous Experience'

Dua Lipa & Elton John came together for the first time for their new single, Cold Heart. She said, It has been an absolute honour and privilege to work with him 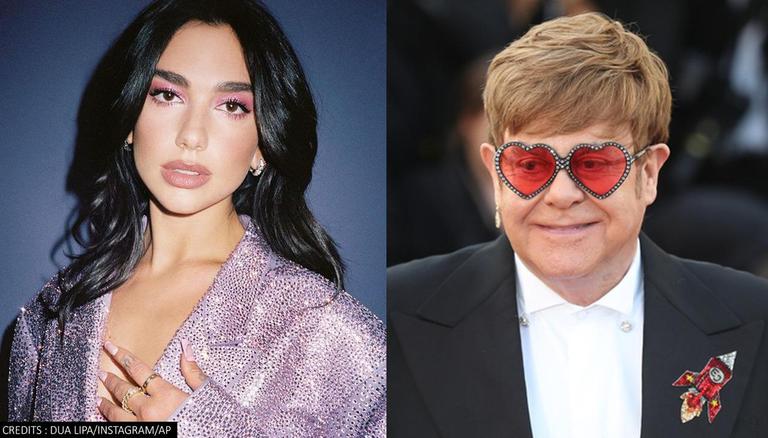 
Dua Lipa and Elton John came together for the first time ever for their latest single titled, Cold Heart (PNAU Remix). The single was released with an accompanying music video on Friday. Speaking about her collaboration with the iconic singer, Lipa revealed that the duo "totally clicked" when they met online, reported news agency ANI.

According to the report, Dua Lipa said, "Elton is such an inspirational artist and also has the naughtiest sense of humour- a perfect combination." "It has been an absolute honour and privilege to collaborate on this track with him." "I loved being part of such a creative and joyous experience. Can't wait to hear it everywhere this summer," the singer continued.

Earlier, the Sacrifice singer had stated that the last 18 months in quarantine were hard on him. He added being off the road meant he could "go back to his roots" as a session player. Speaking about his work with Lipa, he called it "incredible." The 74-year-old singer had said, "She's given me so much energy. She's a truly wonderful artist, and person, absolutely bursting with creativity and ideas." "The energy she brought to Cold Heart just blew my mind."

Cold Heart is based on four of his classic releases- Kiss The Bride, Rocket Man, Where's The Shoorah? and Sacrifice. It is spliced together by an Australian music trio named PNAU. The Benny and the Jets' singer had previously worked with the band in the year 2012, to produce Good Morning to the Night. The album was well-received by the listeners, making John and the trio's collaboration successful.

READ | Dua Lipa shares details about her relationship with Anwar Hadid, says 'we got lucky'

Created by animator and helmer, Raman Djafari, the music video shows animated versions of John and Lipa. They can be seen entering a euphoric world before separating when their planets drift apart. The latest single tries to draw a parallel to the last year and a half in the COVID-19 pandemic lockdown.

Elton John and Dua Lipa were previously spotted together when John appeared as a guest on Lipa's Studio 2054 live stream. Dua Lipa has also performed at The Elton John AIDS Foundation Academy Awards Viewing Party. It raised around USD 3 million for the foundation.

WE RECOMMEND
Kanye West removes DaBaby Remix from streaming services; Reason not yet disclosed
Elton John's acceptance speech video comes under unusual custody battle; Details inside
BTS 'Permission To Dance' challenge taken up by Elton John; the singer sends love to ARMY
Dua Lipa criticizes her 'Levitating' collaborator rapper DaBaby for his homophobic remarks
DaBaby deletes apology he made to the LGBTQ+ Community after being removed from festivals