Frankie Grande Talks About His 'breathtaking' Moment During Engagement: "had Tears Of Joy"

Ariana Grande's brother Frankie Grande got engaged to his boyfriend Hale Leon. Talking about the proposal to PEOPLE, he said it was breathtaking for them. 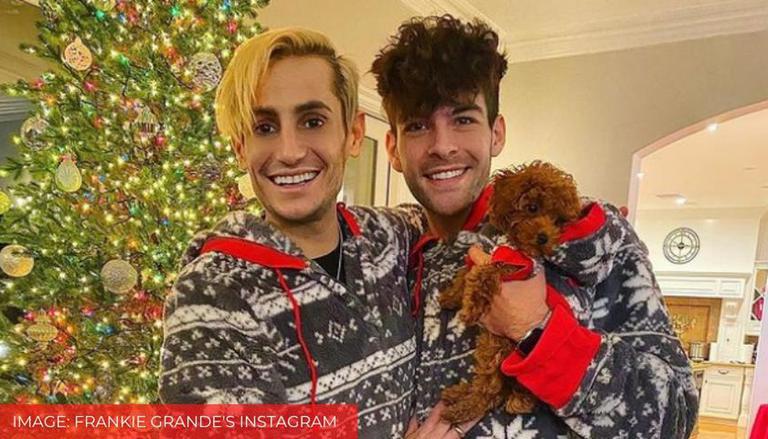 
Frankie Grande got engaged to his boyfriend Hale Leon on June 8. The former popped the question during an elaborate VR proposal on Tuesday night in Los Angeles in the presence of their close friends and family, revealed Frankie in PEOPLE's exclusive interview. Frankie Grande told the outlet, "It was such a perfect, beautiful moment" and further added, "It was absolutely breathtaking for us both".

Talking about the same, Frankie Grande said that his boyfriend Hale Leon was completely surprised. He also added that they both had tears of joy in their eyes. The Rainbowthon host also shared that he was working on proposing to Leon in virtual reality for over a year and it was absolutely breathtaking for the couple and added that he can't wait for everyone to see the video. As mentioned in PEOPLE, Frankie Grande formerly told his boyfriend, Hale Leon, an actor, that they were celebrating the former's sober anniversary a few days early with some of the friends.

Later on, Grande went on to pop the question at one of the couple's iconic and memorable first dates at Dreamscape, an immersive VR adventure venue in Los Angeles. The television host will be celebrating his four-year sober anniversary on June 16. The Danger Force star worked with the adventure venue company to a custom ending to the couple's VR experience. Their VR experience completed with a "Will you marry me?" message and intergalactic virtual fireworks.

Frankie Grande's boyfriend is an actor and Grande met him in 2019 at a bar in Los Angeles. In an interview with PEOPLE, Grande had referred to their first encounter as "love at the first dance". He told the portal that he had randomly ended up going to Oil Can Harry's in the Valley and saw Hale dancing on the stage. Frankie Grande said that Hale Leon was performing for everybody. He further added that the latter loves to go to Oil Can Harry's and knew all the dances, and Grande was blown away.

The singer added that it was definitely love at first dance. He also shared that he chased him down to meet him afterwards but he disappeared to fix his hair. Frankie also stated that his entire family loves Leon, especially his grandmother who can be tough to impress. Talking about the same, Grande said that Nonna really loved him and paraded him around her retirement home, showing them off as the new hip gay couple visiting. He further added that it was cool, he didn't know if they would be hip to that, but it was really adorable.