(G)I-DLE’ Yuqi releases the music video of her brand new song named Bonnie & Clyde. Read further ahead to know more details about the video and the song. 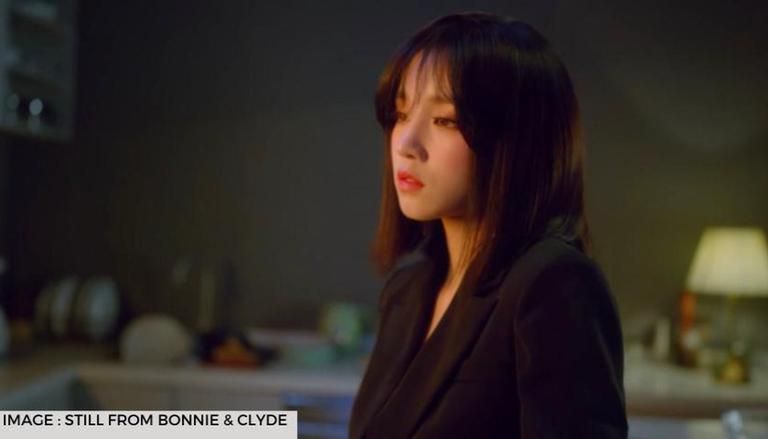 
Cube Entertainment released the music video of Yuqi’s Bonnie & Clyde through (G) I-DLE’s official channel YouTube channel on May 21, 2021. In the video, Yuqi appears to be a strong female protagonist who is preparing to flee. Netizens are loving the video of the song and are showering immense love.

Cube Entertainment released the music video of (G)I-DLE’ Yuqi 's Bonnie & Clyde, which is a pop song with an addictive melody and trance-like music style. In the video, Yuqi can be seen searching for escape routes as the modern-day Bonnie is getting to run away with her Clyde. The singer goes undercover and participates in a chess game where the prize is a bag of diamonds. However, the police show up at the hideout and chase her. Take a look at the video below.

Bonnie & Clyde is the second track from the album A Page to have a music video. The first clip for the title track called Giant was released on May 14, 2021. Netizens are loving the vocals and appearance of Yuqi in the music video and are complimenting different aspects of the video on social media. Within a few hours, the song has crossed more than 20 lakh views and over 2 lakh likes on YouTube. Check out some of the reactions below.

Yuqi won the chess but she threw the diamond off.
Yes, "we don't need money" #Yuqi #BonnieandClydeMV #BONNİEANDCLYDEoutNOW pic.twitter.com/58gDMAya5h

NO BUT THIS PART RIGHT HERE

OMG I CAN'T GET OVER YUQI'S HIGH NOTE

the way yuqi executed appropriate facial expressions in the shortest moments? damn she ain't just doing it bc she's told to do so. her face really communicated well w/ how she wanted to portray both roles. what does this girl can't do? give her an acting career!#BONNIEANDCLYDEMV pic.twitter.com/pNKHzHMTL2

(G)I-DLE also dropped the video of their latest song Last Dance, which was a collaboration between them and their fan army called UNIVERSE. Earlier, this year (G)I-DLE made their comeback with their fourth mini-album called I Burn. The single turned out to become their highest-charting song on both Gaon Digital Chart and Billboard K-pop Hot 100.

On the work front, Yuqi has even featured in several shows like Keep Runnin, The Gashinas, Law of the Jungle In Myanmar, and I’m a Survivor. Yuqi recently worked on shows like King of Mask Singer and Play  Seoul. Yuqi has even acted in several web shows like The First Date, Learn Way, G-star 2020, and My Dream Is Ryan. With (G)I-DLE, Yuqi has featured in reality shows like To Neverland, Never Ending Neverland, and different parts of the show which are based on their lives and their journey of becoming one of the most popular girls bands in the world.