AOMG has declared the pre-order dates for Point Of View: U which is the upcoming album of GOT7's Yugyeom, with its album cover. Read more for details. 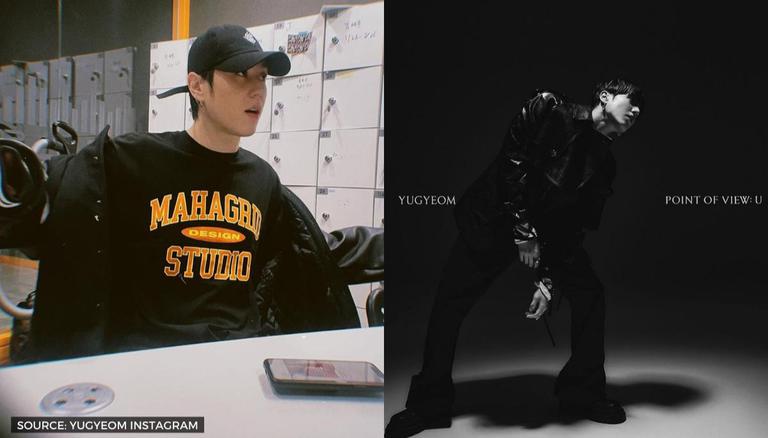 
AOMG, the Korean record label, is working with GOT7's Yugyeom for an upcoming album of the latter, named Point Of View: U. The announcement regarding the official pre-order date and timing of the same were recently made on AOMG’s official social media handles. Fans and followers of the singer also saw the album’s cover for the first time, in the post, and have displayed immense enthusiasm for it ever since.

Pre-orders date and time of Yugyeom's EP Point Of View: U

On June 9, 2021, AOMG officially announced that Yugyeom’s upcoming album Point Of View: U will be available for pre-orders from June 10, 2021. “Pre-order Open: 2021. 6. 10. THU. 3 PM (KST),” read a part of the post’s caption on their social media handle. The caption also revealed that EP by GOT7's Yugyeom will be available on all domestic online record stores for pre-orders. The hip-hop and R&B Korean label also shared a picture of the album’s cover whilst announcing the dates.

The album cover is a combination of a photo of Yugyeom himself, the name of the album written in a clear large font, and some floral illustrations. In the caption, AOMG also mentioned the different songs that the EP will consist of. Yugyeom's new songs in the tracklist of Point Of View: U include I Want U Around featuring DeVita, Running Through The Rain, Falling In Love, and four other ones.

Yugyeom teased fans about the album

Yugyeom had been teasing his fans over on social media about the album for a little while. On June 3, 2021, he shared a poster from Point Of View: U, which did not reveal much except a vague timeline - June 2021. Later, he shared a few other similar posters which confused his fans, before revealing the album name and the list of songs it will contain.

READ | GOT7 member Yugyeom signs new contract; Here's where he will go after leaving JYP

GOT7 members and what they are up to

Fans of the 7-member former boy band have also witnessed other GOT7 members dropping various teasers and photos from shoots on their social media recently. Jackson Wang, one of the GOT7 members, shared photos of the magazine covers he shot for recently. Wang was also seen posing for the camera for the designer brand Fendi, not too long ago. He announced he was a spokesperson for the fashion label’s men’s collection soon after.

READ | What happened to Yugyeom from GOT7? Is GOT7's Yugyeom leaving JYP?