Axl Rose has been the lead singer in Guns N's Roses since the inception of the band. Here's an unseen photo of the singer that recently surfaced. 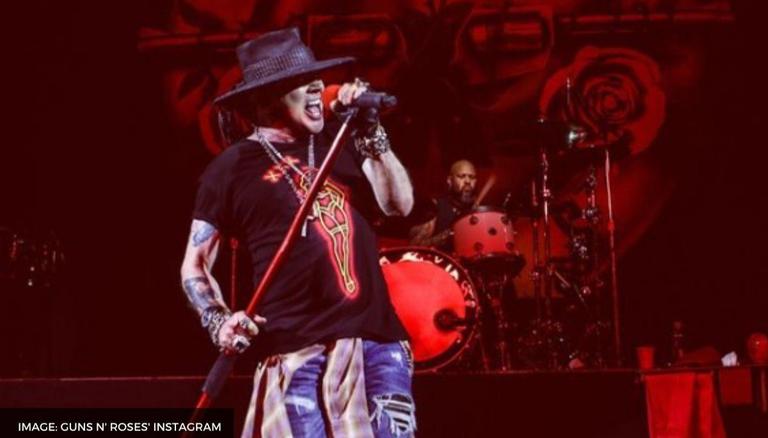 
Guns N’ Roses is an American hard rock band that rose to fame after 1985. The band is known for its songs like Welcome to the Jungle, Paradise City and Sweet Child o' Mine. Recently, a rare photo of its lead vocalist Axl Rose surfaced on the internet. Take a look at Axl Rose's photo from a concert which was held 29 years ago.

A fan page on Instagram recently shared Guns N' Roses frontman Axl Rose's photo. The picture was captured on June 3, 1992, at a concert held at Niedersachsenstadion, Hannover, Germany. Axl who wore a white t-shirt, white shorts and a plaid shirt was seen interacting with the fans in the audience. He also wore a red bandana to complete his look. The stadium looks crowded with fans wanting to hold Axl's hand while he went off stage.

READ | BTS’ Jimin talks about clashes among band members; 'so many I couldn't possibly list'

The official Instagram handle of the page is often seen sharing pictures from the concerts. They recently shared a picture of guitarist Richard Fortus in between a concert. He was seen adjusting his guitar's strings. This concert was held in Singapore. They also shared a close-up picture of singer Axl. In the picture, Axl was seen wearing sunglasses and a cowboy hat during an event. The band wrote that there was no place like a stage. They also shared a video of the audiences that had attended their concerts over the years. The band mentioned that they cannot wait to be back on stage and entertain their Gunners.

READ | Smash Mouth on 'Shrek' song 'All Star': 'It skyrocketed the band into a different world'