Hailey Bieber has decided to show some love for Selena Gomez, who previously dated the former's husband Justin Bieber for nearly 8 years. Read on for details - 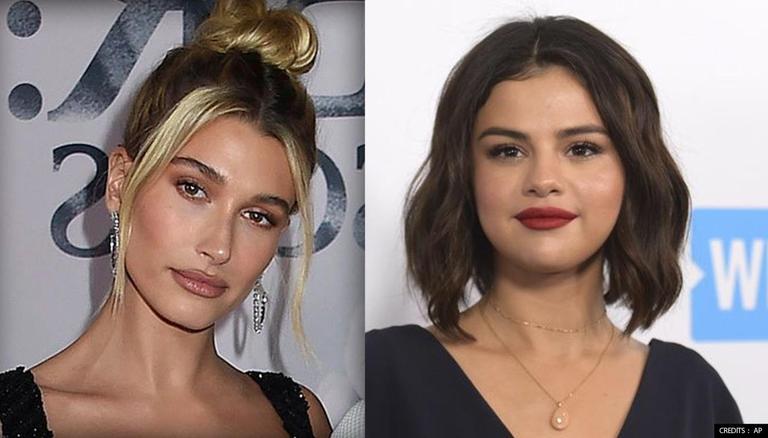 
Hailey Bieber reportedly has no bad blood with Selena Gomez. Hailey, in a recent social media stint, proved that she has nothing against her husband Justin Bieber's ex Selena Gomez, with a sweet gesture proving that neither of these women believe in tearing other women down over past relationships. Here's what happened -

Only Murders in the Building star Selena Gomez recently graced the cover of Elle Magazine's September Latinx Issue. The magazine took to their social media handle, to share a post featuring several photos of Selena on Thursday, August 19. The magazine's caption read, "After several rocky years battling health issues and heartbreak, @SelenaGomez has come into her own spiritually and creatively".

READ | Selena Gomez to return as actor for 'Only Murders in the Building'; shares experience

Hailey Bieber, who is married to Selena Gomez's ex Justin Bieber, seemingly took to her social media to 'like' the post shared by Elle Magazine about Selena Gomez, on Instagram. According to reports, this isn't the first time that Hailey has 'liked' a post about Selena Gomez. The model had previously 'liked' Gomez's release of her song Rare, back in 2019. She had also 'liked' a photo of Gomez getting ready for the AMAs. 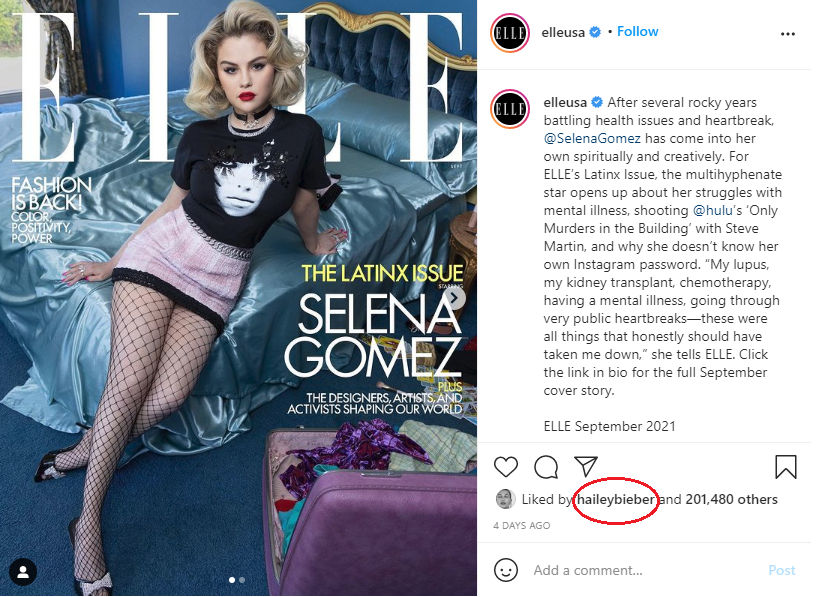 Hailey Bieber's recent support for Selena Gomez's accomplishment comes after the model was previously accused of shading the Disney alum. According to reports, Selena's song Lose You To Love Me, which was presumably about her ex-beau Justin, received some shade from Hailey. It seems that upon the song's release, Hailey shared a screenshot of Summer Walker and Jhené Aiko’s song I’ll Kill You on her Instagram story, with fans alleging that the story was in response to the song.

Hailey even took to social media to rebuke the rumours by commenting on an Instagram post about it saying, "Please stop with this nonsense … there is no ‘response'". However, several fans of the ex-couple famously dubbed 'Jelena' did not take it too kindly and chose not to believe her. Selena Gomez then came to Hailey Bieber's defence in the same month, during an Instagram live session she held.

During the session, she told her fans:

I am so grateful for the response of the song (Lose You To Love Me). However, I will never stand for women tearing other women down. So please be kind to everyone.

Justin Bieber married Hailey Baldwin only six months after his breakup with Rare singer, after they seemingly rekindled their romance in June of 2018. Justin Bieber and Selena Gomez were in an on-again-off-again relationship for almost 8 years from December 2010 to March 2018. Justin and Hailey had dated for a while in 2015.