Jannat Zubair and Faisal Shaikh took to Instagram to share the poster of their new music video while announcing the release of Lehja's teaser.

Jannat Zubair and Faisal Shaikh are gearing up to flaunt their chemistry in the new Abhi Dutt's music video 'Lehja'. The teaser of Jannat Zubair and Mr. Faisu's latest music video is out on the official Youtube channel of Blive Music. The intense energy of the couple in the video has the fans anticipating the release of the full music video. Check out the duo's Instagram post here!

Sharing the poster of the music video, Jannat thoughtfully captioned the post writing that 'some love stories are too pure to be forgotten', sticking to the same theme is the inspiration behind the song Lehja. Jannat urged her fans to gear up to relive the days of 'pure music and true love'. Urging fans to tune into Blive Music's Youtube channel, she announced that the teaser is out to watch now. Mr. Faisu's latest Instagram post was the same as Jannat where he asked his fans to watch the teaser.

The couple received a positive response to their trailer release as many fans flooded the comment section with compliments and praises for the duo's chemistry. One fan commented about how beautiful the poster looked while another fan complimented on the couple's chemistry in the teaser of the video. Another wrote about how they were anticipating the full video after watching the teaser. Within the hour of its release, Lehja teaser garners over 100k views on Youtube with the comment section filled with praises for the couple and the singer for the song. 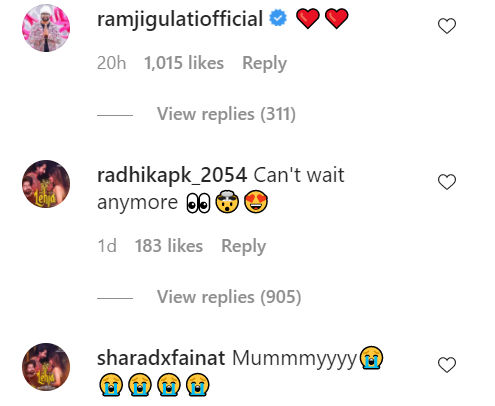 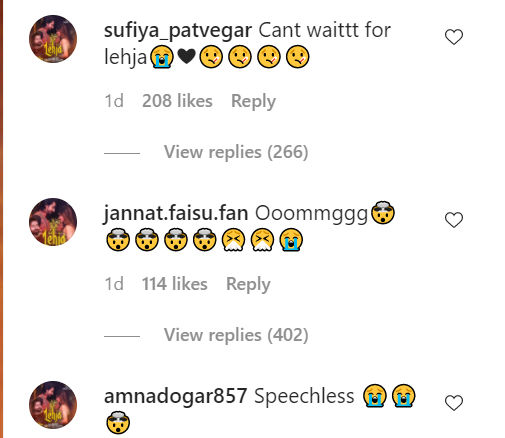 The young actress recently celebrated reaching 25 million followers on Instagram as many of her fans and friend congratulated the actress for achieving such a feat on the internet. Jannat Zubair's videos and photos on the social media platform range from pictures of her fashion photoshoot to her videos with her brother. Recently, Jannat shared a video where she can be seen shaking a leg on Darshan Raval's song Tere Naina.