Jason Derulo, who was recently blessed with a baby boy, posted a picture with him on his Instagram, where they both were seen wearing similar clothes. 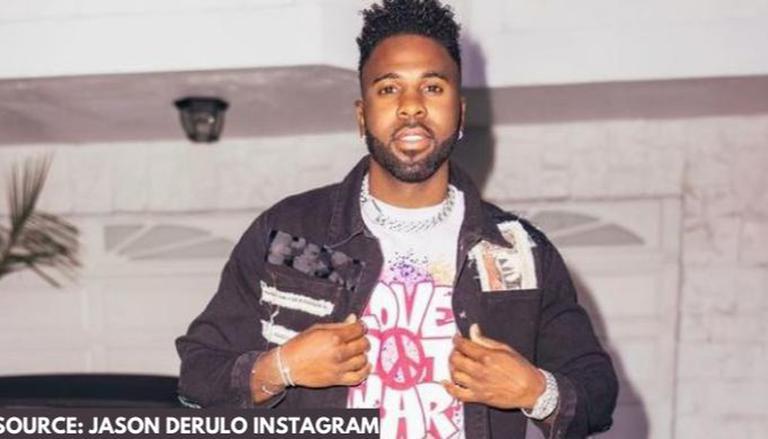 
The American singer and songwriter Jason Derulo, recently won his fans’ hearts when he posted a picture with his newborn son, Jason King Derulo. In the photo, Jason Derulo is ‘twinning’ with his son, as he got dressed in a similar outfit as his son’s. Jason’s fans sent him congratulatory comments while also adoring the picture and calling it cute.

Jason Derulo's son, Jason King Derulo, was born to him and his girlfriend Jena Frumes, on May 18. Until then, most of the posts on Jason Derulo's Instagram were of him and Jena Frumes celebrating her pregnancy. Recently, Jason posted a picture with his son, where they both are wearing similar clothes - a red t-shirt and black shorts. In the caption of the picture, Jason wrote how much he is going to love dressing Jason Jr like him.

Posted on June 2, the picture has received over 600,000 likes and more than 3,800 comments. Jason’s fans have sent him and his family a lot of love in the comments and cannot stop adoring the picture. Take a look at some of these comments: 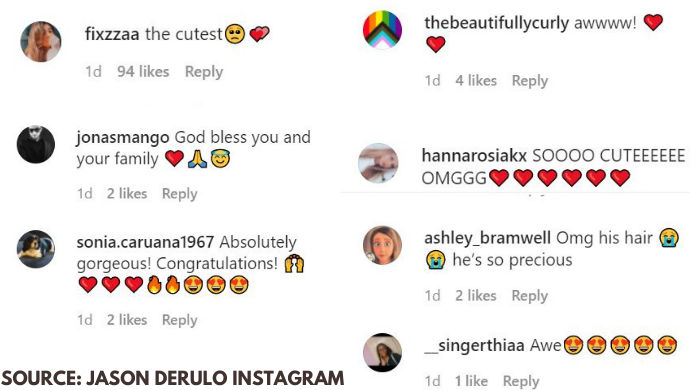 Besides this picture, Jason Derulo had also posted a picture with his son last week, and since it was his first picture with his son, the post received more than a million likes. Jena Frumes has also been posting some pictures with Jason King on her Instagram handle. However, both the parents have avoided showing Jason Jr’s face in all of these pictures. A few days back, Jena Frumes had also shared an Instagram story, where she had said that being private about this journey of hers is bringing her peace and that she will show her baby’s face online when she feels like it.

READ | Will Smith doesn't want Jason Derulo to enter his house; here's why

Jason Derulo songs that came out recently, like Savage Love, Take You Dancing, Love Not War, and Lifestyle, have all been garnering a lot of love from his fans. In 2019, he had also starred in the musical fantasy film Cats. He is also going to star in the upcoming biopic, Spinning Gold, which is based on Neil Bogart.

READ | Jason Derulo's quiz: Can you identify the singer's popular songs from these lyrics?