Jass Manak is a popular Punjabi singer known for his song 'Lehanga'. Here are some of his top collaborations with music composer Sharry Nexus. 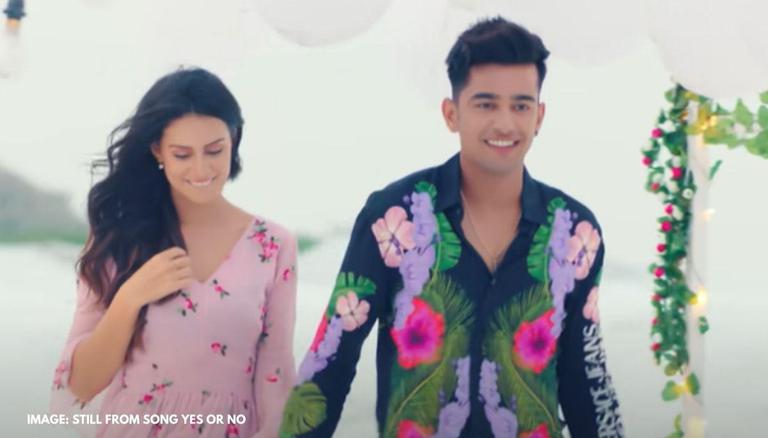 IMAGE: STILL FROM SONG YES OR NO


Jass Manak is a popular Punjabi singer who has featured on the UK Asian Music Chart and also the Global YouTube Weekly Chart for his songs. Many of his popular singles from his albums, include songs Prada, Lehanga, Suit Punjabi and Boss, amongst others. Jass Manak has worked with Sharry Nexus for many songs. Here’s a list of their hit songs together.

Butterfly is one of Jass Manak’s best collaborations with music composer Sharry Nexus. It features Ritu Pamnani in the lead, opposite Jass. The song Butterfly has more than 200 million views on YouTube and is known for the music video’s story and the grooving music.

Jass Manak’s song Heel is the fifth song from his album No Competition. Released very recently, the makers released a lyrical video on YouTube, and the music was composed by Sharry Nexus. The music video includes BTS from one of Jass’ photoshoots and is sure to become the next party anthem when things are back to normal again!

READ | Soldiers round up Mali leaders after new cabinet announced

Another Jass Manak song featuring Larissa Bonesi and Jass Manak is Yes or No, composed by Sharry Nexus. The song too released recently and is one of his most popular songs. The music video of Yes or No has more than 90 million views on YouTube and is liked by more than 1 million people.

Jass Manak’s song Lehanga is one of his most popular songs, which gained him immense popularity. Featuring Mahira Sharma opposite Jass Manak, the music was composed by Sharry Nexus. With more than 1 Billion views on YouTube, the song has more than 8 Million likes on the video sharing app.

READ | DYK Jass Manak has written some of the most famous songs that aren't sung by him? See list

Featuring Sanjeeda Shaikh and Jass Manak, the song Siyaan is also composed by Sharry Nexus while Jass Manak lent his voice for the song. Shot in a beautiful location with some vintage props, the song has some amazing hook steps and also has some groovy music. Saiyaan has more than 55 Million views on YouTube and is liked by nearly 1 Million people.

IMAGE: STILL FROM SONG YES OR NO