'KBC 13': Sonu Nigam Reveals He Began Singing At The Age Of 4 With ‘Kya Hua Tera Wada’ 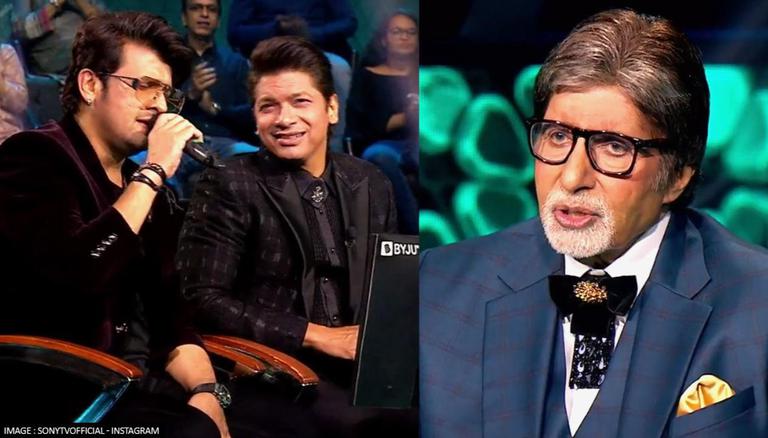 The two singers appeared on the Shaandaar Shukravaar episode as special guests. Several promo clips have been shared by the channel on their official Instagram handle. In one of the clips, Nigam can be seen crooning a popular romantic song, Kya Hua Tera Wada. Scroll down to watch the video.

Taking to the photo-sharing site, Sony Entertainment Television dropped a video where host Amitabh Bachchan can be seen asking Sonu Nigam at which age he started singing? The singer responded and said that he started singing at the young age of four and till now this is the one song he has been singing continuously. Big B asked which song and then Nigam goes on to sing, Kya Hua Tera Wada from Hum Kisise Kum Naheen. The film features Rishi Kapoor, Tariq Khan, Kaajal Kiran, Amjad Khan, and Zeenat Aman. Originally, the song was crooned by the legendary playback singer Mohammed Rafi.

READ | Sonu Nigam stresses impact of COVID-19 on singers; Urges govt to think about the artists

Nigam and Shaan will be seen not only answering the questions on the quiz game but also sharing personal anecdotes and cherishable moments from their experience in the entertainment industry. During the episode, Bachchan will also be seen laying down a new rule for the special guests that require them to sing a song whenever they complete a 'padav' (level). Several video clips also show Nigam and Shaam playing 'antakshari' with Bachchan and also singing ghazals. The episode will be aired on the forthcoming Friday. The star singers will be seen giving the winning amount to the trust of Ashok Kumar.

READ | Sonu Nigam's birthday: Hilarious times when the singer mimicked legends in front of them