During Travis Scott’s Astroworld music festival on November 5, eight concertgoers lost their lives and several were injured due to crowd surge. 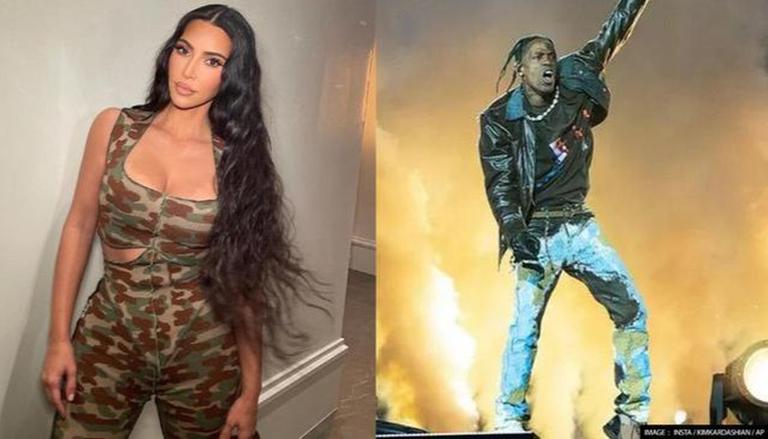 
Kim Kardashian offered her condolences on the tragedy that took place during Travis Scott’s Astroworld music festival that left eight dead and at least 300 injured. Chaos unfolded on Friday, November 5 evening at Astroworld Fest as fans attending the music festival surged toward the stage during a performance by rapper Travis Scott. Earlier, Scott's girlfriend and Kim's sister Kylie Jenner had also released a statement regarding the incident.

Kim Kardashian took to her Instagram and offered her condolences to the families of the victim of the Astroworld Fest tragedy. The reality TV star wrote, "Absolutely heartbroken for the lives who were lost and anyone who was hurt at Astroworld, Just like all of you, our family is in shock by the tragedy. We are keeping all of the victims, families and loved ones impacted in our prayers for healing — as well as Travis who we know, cares so much about his fans and is truly devastated." Earlier, Kylie Jenner, who was present at the fest along with her daughter Stormi took to her Instagram and shared a statement. She wrote, "Travis and I are broken and devastated. My thoughts and prayers are with all who lost their lives, were injured or were affected in any way by yesterday’s events. And also for Travis who I know cares deeply for his fans and the Houston community.  I want to make it clear we weren't aware of any fatalities until the news came out after the show and in no world would have continued filming of performing. I am sending my deepest condolences to all the families during this difficult time and will be praying for the healing of everyone who has been impacted." 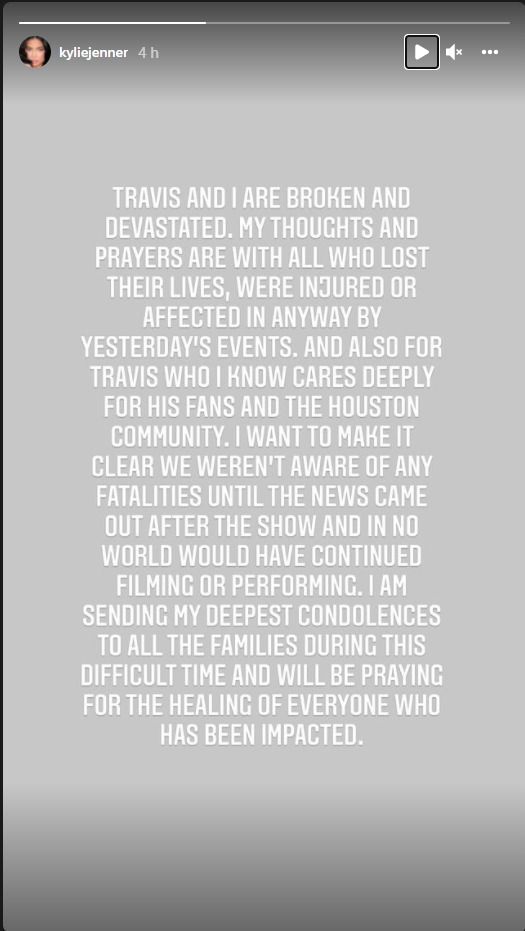 In the aftereffect of the horrifying incident, Travis Scott pledged to cover funeral costs for all of the victims. Variety reported that Scott is refunding all attendees who bought tickets to Astroworld and will not perform next weekend at the Day N Vegas Festival, where he was set to headline on November 3. Scott, who hails from Houston, also released a statement via Twitter and revealed he is 'extremely devastated.' He also extended his heartfelt condolence to the families of those who lost their life.