Met Gala 2021 went underway on September 13, 2021, after a year and a half long hiatus. K-pop artist CL and BLACKPINK's Rosé made their Met Gala debut. 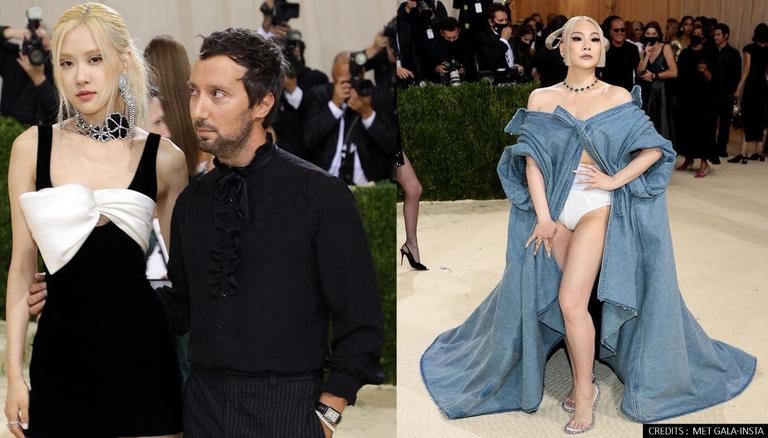 
Met Gala 2021 rolled out its red carpet, after a year and a half long hiatus at the Metropolitan Museum of Art in New York on the evening of September 13. Centring around the theme 'In America: A Lexicon of Fashion,' the night honoured legendary American designers and their impact throughout fashion's history. The event was attended by some of the biggest names in the global fashion and entertainment fraternity such as Rihanna, Kim Kardashian, Justin Bieber, Jennifer Lopez, Kendall Jenner, Gigi Hadid and more.

Amongst all the global fashionistas were South Korean K-pop artists BLACKPINK’s Rosé And CL. The ladies made their debut on the red carpet of the event that is often dubbed as fashion's biggest.

Metropolitan Museum of Art Costume Institute benefit is a black-tie extravaganza, usually held on the first Monday in May, to raise money for the Costume Institute. Due to the pandemic, the annual event did not take place in 2020, but after many delays, the event's first part took place on September 13. K-pop artists CL and BLACKPINK's Rosé bought in their 'A' game as they strutted down the red carpet. Rosé showed up at the event as the global ambassador of Saint Laurent alongside the brand’s creative director Anthony Vaccarello. She donned a black and white Saint Laurent dress with a big metal and enamel choker and drop earrings.

Singer/rapper CL or Lee Chae-rin arrived at the event wearing a unique ensemble. CL wore a one-of-its-kind custom denim gown styled by Alexander Wang wearing white shorts below it. Both of the stars, Rosé and CL became the first female K-pop artists to be invited to the global event.

READ | Was Kanye West the mystery man with Kim Kardashian at Met Gala 2021?