Music mogul Scooter Braun has reportedly split from his wife Yael after seven years of marriage, a source close to the couple exclusively told TMZ. 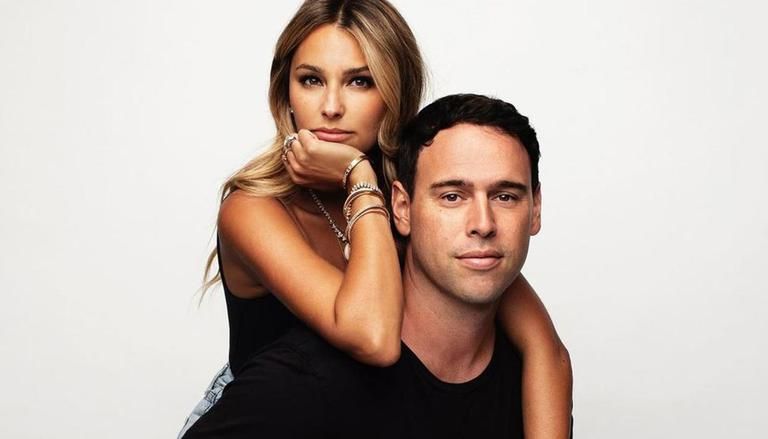 
Music mogul Scooter Braun has reportedly split from his wife Yael after seven years of marriage, a source close to the couple told TMZ. However, it is still unclear if they have permanently separated their way. The source stated that Scooter and Yael had been going through a rough patch over the past months when they took this major decision.

Scooter is a popular artist manager who manages artists like Justin Bieber, Demi Lovato and Ariana Grande. The former couple reportedly hasn't decided to divorce but are on a break. The industry insider informed that both of them are still friends. Their separation has been known to industry folks despite them not making any official announcement. Adding to this, it also stated that Scooter's efforts to work things out it was evident enough with Scooter's last week's Instagram post through which he marked his 7th wedding anniversary.

Taking to his Instagram, Scooter Braun had posted a picture from the couple's wedding ceremony in which they can be seen kissing each other. With the picture, he credited his wife for pushing him to be the best version of himself and stated that he loves her.

The caption reads, "If just for the kids you have given me everything. But thanks to you I have grown, I have been pushed to be the best version of myself and to continue growing and learning. That all happened because you came into my life. 7 years. The adventure is just beginning. Thank you Yae. I love you. Happy anniversary."

READ | Scooter Braun net worth 2020: Here is how much Justin Bieber's manager is worth

His wife, Yael is the founder of the 'F*CK Cancer Foundation and the duo that started dating back in 2013. They tied the knot after a year of togetherness on July 6, 2014, at Yael's parents' house. They are parents to three kids, namely  Jagger, Levi, and Hart. Neither Braun nor his wife has yet made any official announcement about their separation.

Scooter Braun is an American media proprietor, record executive, and investor. Apart from managing famous artists, is the founder of Schoolboy Records and Ithaca Ventures, co-founder of TQ Ventures, Mythos Studios, and RBMG Records, and co-owner of esports team 100 Thieves. Braun is also involved in various charities including the Braun Family Foundation.

(with inputs from agencies)