Chris Martin proved that he isn't the only talented member of his family as his kids, Moses and Apple featured in Coldplay's new album, ‘Music of the Spheres’. 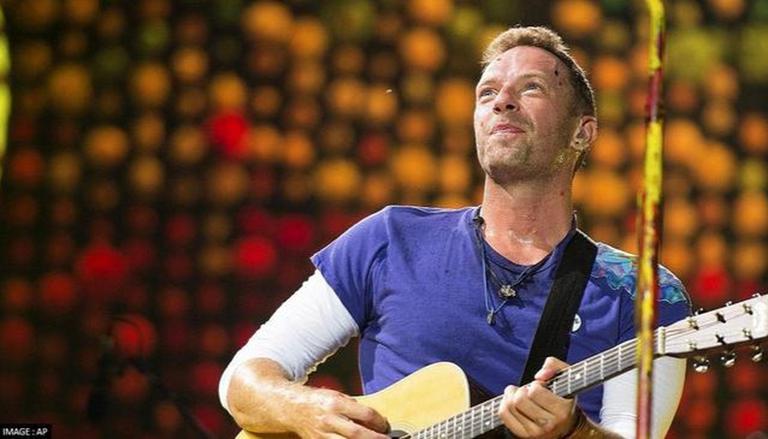 
Chris Martin just proved that he isn't the only talented member of his family. Both his children, Moses and Apple, who are 15 and 17-years-old, respectively featured in Coldplay's most recent album, Music of the Spheres. The album also features fan-favourite music icons including BTS and Selena Gomez.

Chris Martin, who shares two children with his ex-wife Gwyneth Paltrow saw both his young ones in his band's latest album. The band released the concept album of Music of the Spheres in a space-themed video as they announced the release of their album on October 15. Moses sings alongside his dad in the chorus of the track titled, Humankind, while Apple got songwriting credits in the collaboration with Selena Gomez in the number, Let Somebody Go. In the album's credits, fans can see that Martin's children have small hearts beside their names.

This is not the first time fans have seen Apple in the world of music. In an old video uploaded in 2015 by her mom, Paltrow, the young child can be seen performing with a choir as she plays the guitar and sings. The two children also accompanied Martin to a 2016 Boys and Girls Club benefit. At the event, Apple performed a cover of Just a Little Bit of Your Heart by Ariana Grande, while Moses crooned Twenty One Pilots' House of Gold.

Chris Martin was recently in the news after Coldplay's collaboration with the famous K-Pop band, BTS. The two icons put together My Universe and Martin recently revealed that the collaboration was all Jin's idea. In an interview with On Air With Ryan Seacrest, Martin revealed that Jin suggested the collaboration and he wondered 'how that could ever work'. He also mentioned that Coldplay loved the BTS boys and that they had heard their music earlier and called it a 'surreal but amazing adventure'. Since My Universe, BTS and Coldplay have shared a great friendship with each other and fans have witnessed it in the behind-the-scenes videos of the song.

READ | Gwyneth Paltrow opens up about her equation with ex Chris Martin, 'he is like my brother'
READ | Chris Martin baffled by 'American Idol' contestant's version of 'In My Place'
READ | Coldplay X BTS: Jungkook admits feeling pressured to record in front of Chris Martin