Neeti Mohan and Nihar Pandya are expecting their first baby in June and Neeti's sisters Mukti, Shakti and Kriti are super excited about the news. Check out. 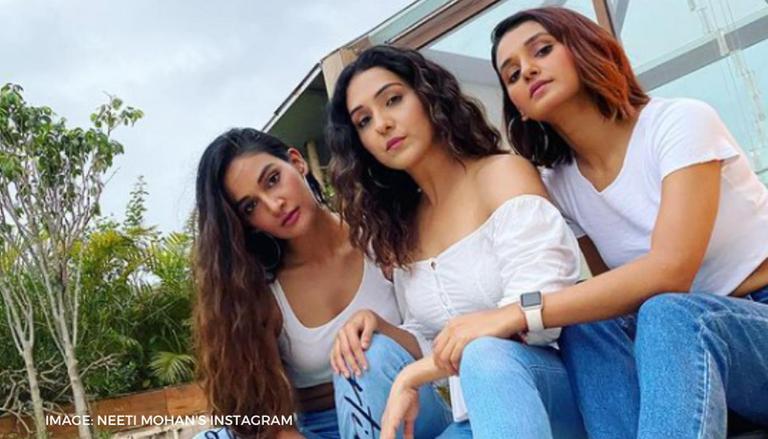 
Bollywood playback singer Neeti Mohan and hubby, Nihaar Pandya are expecting their first baby soon. The Ishq Wala Love singer who is keeping herself busy with workouts and music during her pregnancy and documenting the same on her social media is all set to welcome the new addition to their family in June. Neeti Mohan's sister Mukti Mohan took to her social media handle to share the news with the fans and also shared some pictures from their celebration.

Taking to Instagram, Mukti Mohan shared a series of pictures from her celebration with her family after finding out that Neeti's kid is going to be a June baby. The pictures also feature Shakti Mohan, Kriti Mohan and Nihaar Pandya. All the four Mohan sisters are posing with big smiles on their face while fondling Neeti Mohan's baby bump. In the picture, Neeti is looking gorgeous in a pink maxi dress and her pregnancy glow is unmissable. Along with the picture, Mukti wrote, "We’re over the moon coz they’re due in june!! Hey june baby 👶🏻💓you know who’s going to be your best friend FOR LIFE! Yaas! It’s Golu Maasi Others like Chiku Maasi n Tinu Maasis get in line plz  #CANTWAIT"

As soon as the picture was up, congratulatory messages kept pouring in for the family. Sister Shakti Mohan replied to Mukti in the comment and wrote, " Golu Maasi (punch emoji)" while Ritu Phogat, Kumar Sharma and Shheethal Uttapa dropped heart emojis. Mukti and Neeti's fans were also excited by the news and shared that they cannot wait to meet the baby. One user wrote, "This is sooo sweet, so adorable!!" while another commented, "Congratulations to all of u." Take a look at some of the comments. 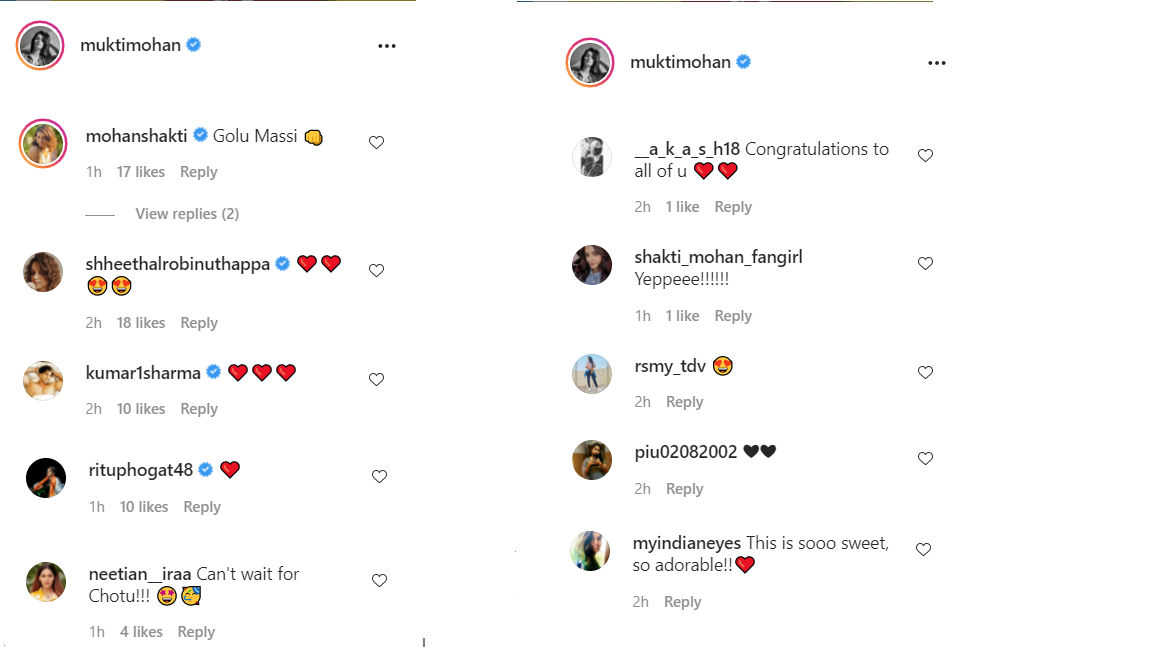 A look at Neeti Mohan's songs

The singer who was previously a part of the pop band Aasma rose to fame in 2012 after she lent her voice to the super hit song Ishq Wala Love which featured Varun Dhawan, Alia Bhatt and Sidharth Malhotra. Post that the singer went on to sing in many Hindi as well as regional films. Some of her popular songs for Bollywood movies include Jiya Re, Nainowaale Ne, First-class, Tune Maari Entriyaan, Galat Baat Hai and Fakira. She has also been the recipient of the RD Burman Award For New Music Talent. Apart from singing, Neeti also appeared as the judge for The Voice India Kids Season 1 and The Voice India Season 2.