Neha Kakkar, Tony Kakkar & Yo Yo Honey Singh To Unite For A Huge Music Project? Check Out

Contemporary music icons Neha Kakkar, her brother Tony Kakkar and Yo Yo Honey Singh are likely to come together to collaborate on a huge music project. 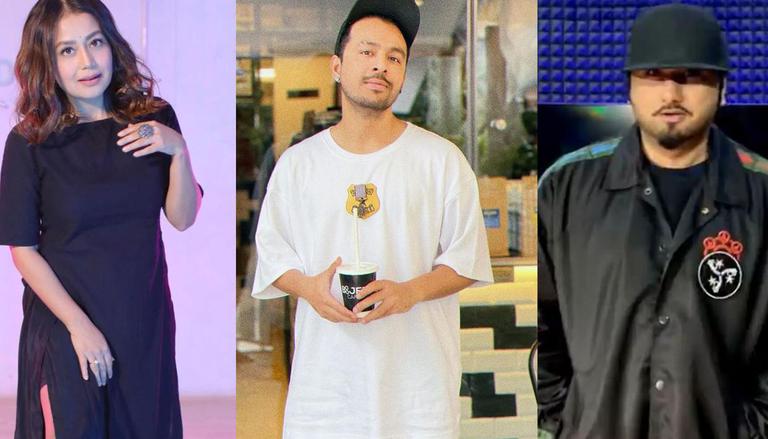 
Three pathbreaking performers of the Indian Music industry;  Neha Kakkar, her brother Tony Kakkar, and Yo Yo Honey Singh, seem to be ready to come together for what is being hailed as the biggest collaborations of the independent music scene. President and Managing Director of Desi Music Factory, Anshul Garg has hinted on his social media that the three chart-topping artists are likely to join forces for a song destined to become a hit. The three music artists enjoy a massive fan following among all age groups, and fans will be thrilled to witness their new endeavour.

Biggest music collaboration in the pipeline?

The collaboration is sure to pique the curiosity of all music buffs, who have jammed to the popular hits by these singers, ruling the party scene in India. A source has revealed the same, mentioning, “There will soon be an official announcement on the front of Indian hitmaker Tony Kakkar, melody queen Neha Kakkar and star rapper Yo Yo Honey Singh uniting for a song. This shall be one of the most ambitious collaborations in the independent music scene.”

The sibling duo of Neha Kakkar and Tony Kakkar have worked together on popular songs such as Mile Ho Tum Humko, Dheeme Dheeme, Goa Wale Beach, Kurta Pajama, Khuda Bhi Jab among others. Meanwhile, Yo Yo Honey Singh has collaborated with Neha Kakkar in Saiyaan Ji, Satan, Makhna, Moscow Mashuka. The duo has also come together for many Bollywood songs, including Sunny Sunny (Yaariyan), Manali Trance (The Shaukeens), Aao Raja (Gabbar Is Back) and Chhote Chhote Peg (Sonu Ke Titu Ki Sweety).

More about the artists' hit tracks

The Kakkar household is home to three talented singers that have contributed immensely to the recent music scene in India. Neha is hailed as one of the top playback singers with hit tracks like Aankh Maarey, Dilbar, O Saki Saki and Garmi in her kitty. Tony Kakkar is popular among the younger generation for his catchy lyrics in tracks like Chocolate, Coca Cola and Shona Shona. The duo elder sister, Sonu Kakkar is also a popular singer who has lent her voice to the chartbuster Babuji Zara Dheere Chalo.

On the other hand, Honey Singh has been credited with bringing the rapping scene to the Hindi music industry. Audiences have been grooving to his tracks like Brown Rang, Blue Eyes, High Heels, Break Up Party, Angrezi beat for more than a decade now.

READ | Neha Kakkar unfollows many on Instagram, says it's due to 'bad experiences'

WE RECOMMEND
Neha Kakkar shares why she is upset with the crew of Indian Idol
Neha Kakkar wins YouTube Diamond Award, becomes the first Indian singer to do so
Neha Kakkar & Tony Kakkar's Raksha Bandhan celebration video wins fans over
Neha Kakkar unfollows many on Instagram, says it's due to 'bad experiences'
'Indian Idol 12': Judge Neha Kakkar to miss out on the ultimate finale episode?