Nicki Minaj has refuted Jessie J's claims that the former asked to appear in the latter's hit song 'Bang Bang', prompting another response from Jessie J - 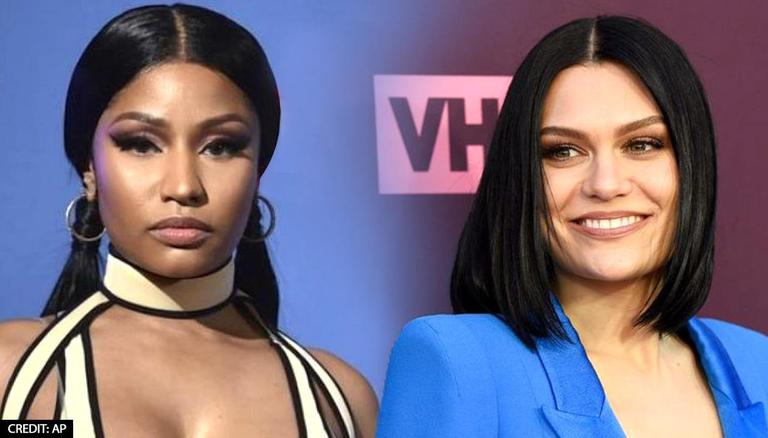 
Nicki Minaj recently weighed in about her involvement in the popular song, Bang Bang. The song which starred the iconic trio of Jessie J, Nicki Minaj and Ariana Grande sees two of the singers recalling how things went a little differently. Jessie J, who claimed that Nicki Minaj upon hearing the song wanted to "jump on this," got a response from the latter and here's what she said -

Jessie J, in an interview with Glamour, claimed that the hit song Bang Bang, was initially only set to star herself and Ariana Grande. She also claimed that upon hearing the song and their "version" of it, Nicki Minaj allegedly wanted to "jump on." The Price Tag singer said:

Max Martin wrote 'Bang Bang,' and Ariana had been played it, I'd been played it, and we both loved it. We just said, 'Why don't we both do it?' So Ariana stayed on the second verse, I recorded the first verse, and then Nicki was played it in the studio and was like, 'I've got to jump on this.' We didn't go to her and ask; she wanted to do it.

I'll never forget: I was in my bedroom in my flat in London, and I got sent the version with Nicki on it. I just sat at the end of my bed holding my phone, staring at the floor, going, 'How the f--k did I land this?' I literally felt like I'd won a competition.

Minaj then responded to the allegation, saying that she never asked to be on the song but was asked to be on it by the label. In response, Minaj tweeted saying:

Babe @JessieJ I didn’t hear the song & ask 2get on it. The label asked me2get on it & paid me. How would I have heard the song? 😩 chiiille what am I the damn song monitor? Snoopin around for songs chile?😂This was said by another artist recently as well. Yallgotta stop🎈 LoveU😘 pic.twitter.com/LShiO3wEm6

When a fan claimed that Jessie herself had admitted to Minaj being asked to be on the song, Nicki retweeted and shared another tweet talking about how she did not harbour any negativity towards Jessie. In fact, Nicki tweeted that she wished she could have been part of Jessie J's song, Do It Like a Dude, mentioning how her friend Parker even helped write it. She said:

Chi😂😂😂 but the worst part about this is no1EVER asked me2get on “like a dude” & I have been obsessed w|that song since the min I heard it. I was doing promo in the UK & heard it on the radio. My artist Parker co wrote it. I would’ve gotten on that 1 for some pickle juice 🥺 https://t.co/ORRqE4Z1pN

English singer Jessie J also responded to Nicki Minaj's claims and wrote a long caption appreciating both Nicki Minaj and Ariana Grande for being in the song. Jessie also apologized to Minaj for getting the story wrong and even saying that she has nothing but love for the rapper. She also shared several memes made about herself, saying that everybody should learn how to laugh at themselves sometimes. Take a look -

READ | Lil' Kim wants to get on the Verzuz stage with Nicki Minaj; find details here

READ | Cardi B denies claims by Jessie Woo to 'knock Nicki Minaj out', calls them 'lies'

WE RECOMMEND
Nicki Minaj on 'Seeing Green': 'I’ve been washed on the track by Drake and Lil Wayne'
Nicki Minaj teases something new coming up on Friday as she makes comeback on social media
Jessie J's new track 'I Want Love' tops music charts in all the countries
Remember when Nicki Minaj shared her experience of working with Beyoncé
Nicki Minaj manages to get a hit single in 2021 without dropping new music