The music video of singer Tony Kakkar and 'Kanchana 3' actor Nikki Tamboli, titled 'Number Likh', has been released on YouTube after weeks of anticipation. 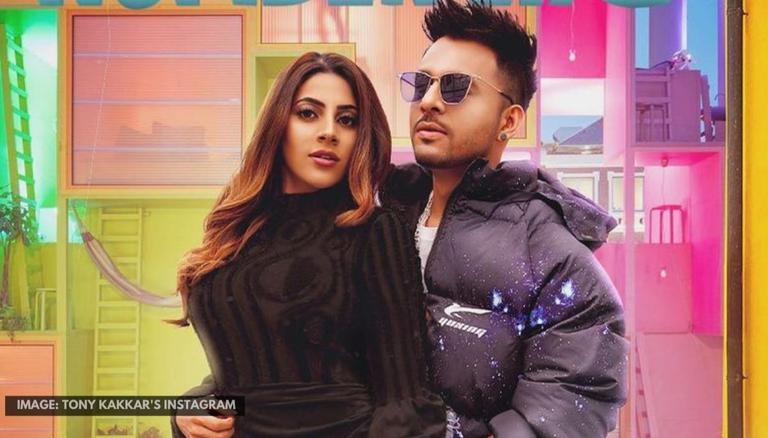 
After teasing the release of his and Nikki Tamboli's Number Likh music video from earlier this month, Tony Kakkar has finally dropped the song online on Desi Music Factory's YouTube channel. Ahead of its premiere this morning, Likh Out was trending on Twitter yesterday as ardent fans of Nikki were extremely elated for the release of her second-ever music video after Kalla Reh Jayenga. Now, in a short time after its release, Tony's new peppy track has garnered netizens' attention and has crossed over an astounding 450k views on YouTube alone.

Ever since Tony Kakkar shared the first poster of his musical collaboration with Kanchana 3 star Nikki Tamboli, titled Number Likh, there has been a lot of anticipation around the newly-released song among fans. Now, earlier today, i.e. June 18, 2021, the music video of the foot-tapping number has been released, and it boats of Tony and Nikki's on-screen romance. Both sung and written by the beloved brother of Neha Kakkar himself, Number Likh's music video has been produced by Anshul Garg of Desi Music Factory while it has been directed by Agam Mann and Azeem Mann.

Number Likh kicks off with Tony Kakkar penning down his mobile number on a piece of paper and sending it to Nikki Tamboli with the help of a kid. He then flirts with the diva throughout the entire music video. The singer-actor duo makes a romantic couple in the video with their fun banter as Tony pursues Nikki to give him her number. The music video of Number Likh is no different than any other videos of the Coca Cola hitmaker. It features multiple vibrant and elaborate sets and some subtle dance moves while the song acts as a remix of his previous songs including mentions of Dheeme Dheeme, Coca Cola, Goa Beach, Booty Shake and Ludo. Soon after the music video released, it received mixed reactions from netizens on social media.

Check out the music video of Number Likh on YouTube below:

Take a look at Number Likh song and music videos reactions by netizens:

Congrats all, #NumberLikh has completed 469k views & 20 reels on insta.The speed of d streaming proves that it is loved by neutrals alike. the song is so good specially the the part when the song ends. Keep streaming, let us make it to 100M❤️#TonyKakkar

I love the song ❤ this is your best song till now @TonyKakkar sir Nikki is looking cute and hot 😍
And Nikki and your chemistry is amazing 🤩#NikkiTamboli #Nikkians #TonyKakkar #NumberLikh https://t.co/UkryEoX9Xf