Offset Pays Emotional Tribute To His Migos' Bandmate Takeoff: 'Wish I Could Hug You...'

"I’ve been searching for the right words to say, but there aren’t any that will suffice," read a part of Offset's tribute to Takeoff. 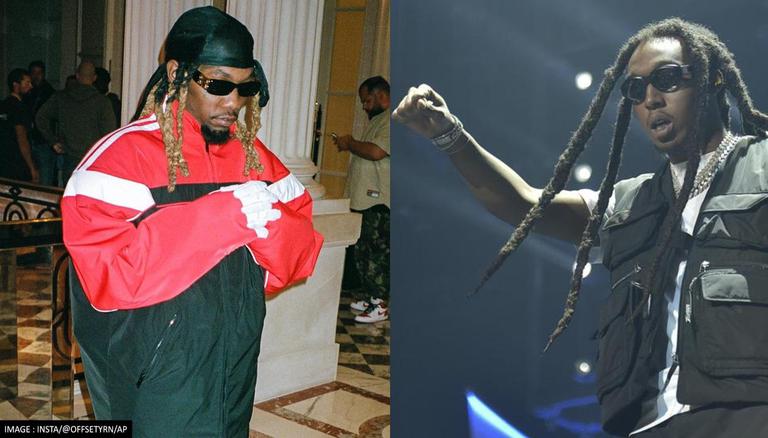 
American rapper Takeoff, who was known for being a part of the musical band Migos, breathed his last on November 1. The rapper was shot and killed outside a bowling alley in Houston at the age of 28. Now, days after his demise, Takeoff's bandmate Offset recently paid an emotional tribute to the late rapper.

Taking to his Instagram handle, Offset shared a long note in which he remembered his late bandmate. The rapper wrote, "Dear Take, the pain you have left me with is unbearable. My heart is shattered and I have so many things to say, but I can't find the words. I've been going to sleep and hoping that all of this is a dream, but it's reality, and reality feels like a nightmare." Offset further added how every time he met Takeoff, the latter would hug him rather than give him a "dap."

Offset continued, "I wish I could hug you one last time. Laugh one last time. Smoke one one last time. Perform one last time. I know someone with a soul like yours is in heaven now. I hope you can see how much we love you and miss you. You have left a hole in my heart that will never be filled." In concluding his note, Offset asked for strength for himself, Takeoff's brothers and his family. He added, "Even though I know you will always be with us, throw me a lil sign or a beautiful dream," concluded Offset's letter. "I love you forever, 4L and after."

Sharing the heartbreaking note, Offset wrote, "Dear Take, doesn’t feel real posting you like this…. This still doesn’t feel like reality. I’ve been searching for the right words to say, but there aren’t any that will suffice." "Until we meet again, Rest In Power. I love you," he added.

READ | Cardi B, Offset ink their wedding date on each other ahead of Valentine's Day

Offset, Takeoff, and Quavo began their musical trip Migos in 2008. They shot to fame with the release of their album Culture. However, in recent months, Takeoff and Quavo had moved forward as a musical duo and their equation with Offset was unclear.