Pearl Jam shared update on their postponed North American 2020 Tour to mark their album 'Gigaton'. Here are its dates, locations and other details. 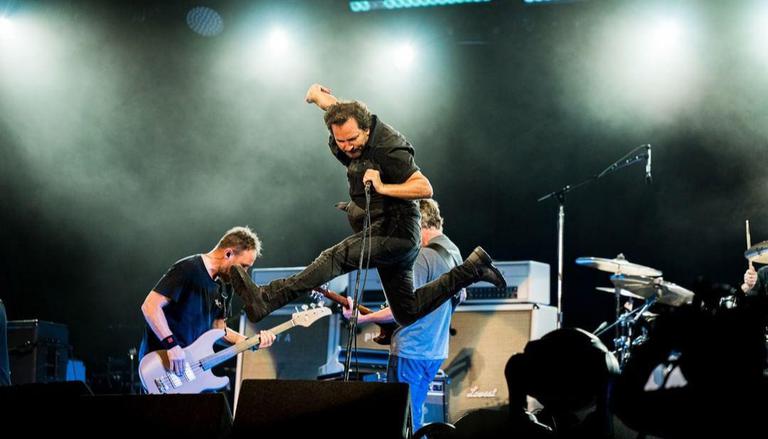 
COVID-19 had massively impacted various industries, and the music industry too was among the key victims. Among the major hurdles during this phase was talented musicians losing out on their concerts. Many artists had postponed or cancelled their planned concerts during the pandemic.

With coronavirus being active for close to two years now, concerts that were planned in 2020 are now coming up two years later. This was evident with rock band Pearl Jam, who initially planned their concert for 2020, but had to reschedule it for 2022. The band dealt with the delay for two years, but all they ever wanted to do was play music live in front of their audiences.

The official Twitter handle of Pearl Jam started their message by expressing their gratitude to fans for their 'patience & flexibility' while they informed the schedule of the postponed tour. They added that the previously scheduled shows in North America will commence from May 2022.

They also added that the dates will be announced early next year.

"For nearly two years, the band has wanted nothing more than to play their new music live for you," they wrote in their message.

They concluded their statement with the line that they shared their fans' excitement for everyone to be safe on the road again together.

Pearl Jam was to conduct their Gigaton Tour as a feature for the launch of their eleventh studio album Gigaton. While the album was released as per schedule on March 27, 2020, the North American and European tour dates were postponed due to the COVID-19 pandemic in March and April respectively.

It was then announced that the European Tour will kick off in Amsterdam on June 14 next year.

The tour will comprise 14 concerts in Europe and  17 shows in North America.

The other locations that were a part of the North America schedule are Ottawa, Quebec City, Hamilton, New York City, Baltimore, Nashville, St. Louis, Oklahoma, Denver, Glendale, San Diego, Inglewood and Oakland, and Toronto in Canada.