R&B Singer-Songwriter Andrea Martin A.k.a. 'Annie' Passes Away At 49

Andrea Martin was a popular R&B singer and songwriter who recently passed away at the age of 49. The artist was best known by the name 'Annie'. Read further. 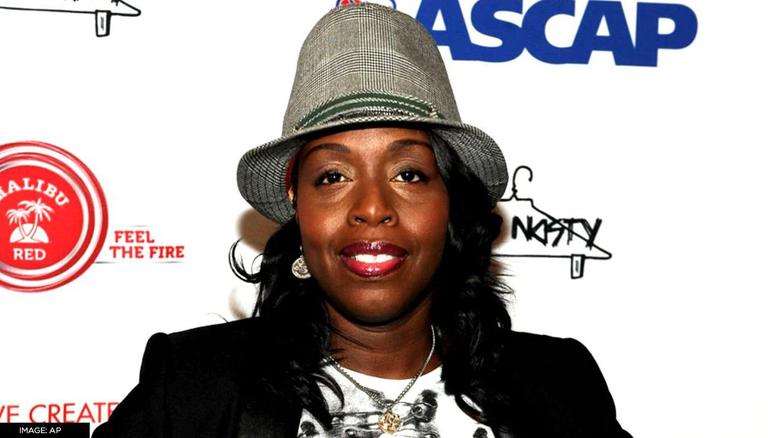 
Andrea Martin, best known for writing hit songs for popular artists, recently passed away at the age of 49. The news about her death was announced through her social media handle on Monday, 26 September 2021, in which she was referred to as ‘Forever a Legend’.

Andrea Martin was best known as ‘Annie’ and collaborated with Toni Braxton for I Love Me Some Him, Monica for Before You Walk Out of My Life, En Vogue for Don't Let Go (Love), SWV for You're the One,  Angie Stone for Wish I Didn't Miss You and Leona Lewis for Better in Time.

Andrea Martin passes away at 49

The news about Andrea martin passing away was announced through her Instagram stories in which it was stated that she will always be remembered for her dedication and passion to her family and friends. The statement also read how her family thanked all her fans and her well-wishers in advance for their condolences and understanding while urging everyone to limit their calls. The statement read-

"Dear Family and Friends, it is with a heavy heart we inform you of the passing of our beautiful Andrea Martin also known as 'Annie.’ Andrea will always be remembered for her passion and dedication to her family and friends. Her impact will continue to be felt and heard for a lifetime. We thank you in advance for your condolences, love, compassion and understanding during this time. Please limit calls as we are trying to finalize arrangements at this time, Once finalized, we will be sure to post arrangements. Forever a legend. April 14 - September 27.”

Born on 14 April 1972 in Brooklyn, New York, the artist was not only a prolific songwriter but also major in vocal music. Her single, Let Me Return The Favour, was on number 82 on the Billboard Hot 100 in 1998 while another single, Share the Love reached at No. 4 on the Billboard Dance Charts in 1999. She even became a part of BET’s concert named Girls Night Out alongside prominent artists namely  Monica, Faith Evans, Deborah Cox, and Shanice. It is a lesser-known fact that Andrea Martin was a backup vocalist on numerous albums in her music career.

READ | Melvin Van Peebles, hailed as 'Godfather of Black Cinema' passes away at 89

WE RECOMMEND
US: Singer R. Kelly found guilty on all counts in sex trafficking trial
Singer Jaheim charged with animal cruelty after dogs found starving at his home
R. Kelly assistant says he made her write false confession
Melissa McCarthy describes playing Ursula in Disney's 'The Little Mermaid' as 'glorious'
Chrissy Teigen posts pic of son, dog before Atlanta tour, seeks info on places to visit
Listen to the latest songs, only on JioSaavn.com