On June 18, Nigerian artist Olamide dropped his new album titled UY Scuti and fans now know his favourite track from it too. Read to know more. 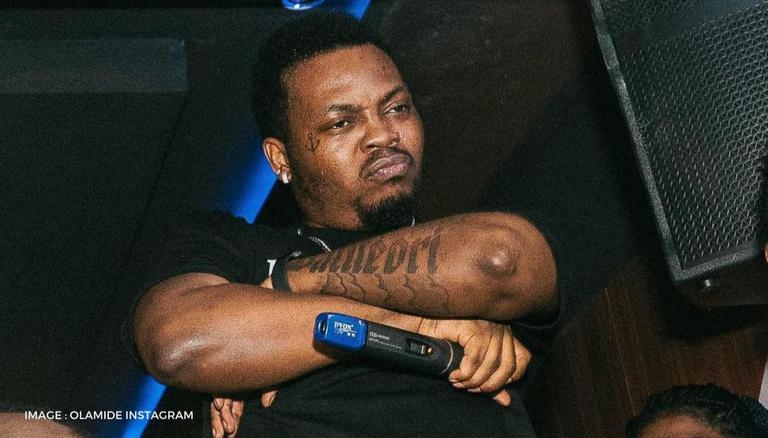 
Olamide has come out with a fresh new album named UY Scuti, which consists of 10 different songs. The rap icon dropped 999 and Carpe Diem in 2020, making this album his third musical release, since then. With many other drops from the past under his belt, UY Scuti marks his ninth studio album, with songs such as Need For Speed, So Much More and Cup of Tea.

Back on June 10, the Nigerian hip-hop star had taken to his social media to reveal the songs that would be a part of the album’s drop, which was scheduled for today, June 18. The Instagram post revealed the UY Scuti tracklist that is now out, and feature artists Jaywillz, Layydoe, Fave and Phyno. The 10 songs in Olamide's new album are Need For Speed, Jailer, Rock, Julie, Rough Up, Want, PonPon, Cup of Tea, Somebody, and So Much More. The post had also revealed that there would be a bonus track Petty.

UY Scuti is a collaboration between Olamide’s own label YBNL Nation and Empire, the American record label. Olamide's music in this album has been produced and composed by Eskeez Gabriel and P.Priime. Largely known as Baddo or BaddoSneh, the rapper, has collaborated with the artists Jaywillz, Layydoe, Fave and Phyno, on five different tracks in the album with Fave featuring in two, Want and PonPon.

Taking to his Twitter, Olamide interacted with fans around the time of UY Scuti’s release. In one of his tweets about it, he revealed that the album’s bonus track Petty is going to be out on the music streaming platforms, Boomplay and Audiomack. “Bonus track “petty” is on boomplay x audiomack Glowing star #UYSCUTI,” read Olamide’s tweet. In another, the rapper asked his fans, which one of the tracks was their favourite while revealing that his personal favourite was Julie, the fourth on the UY Scuti tracklist. He wrote, “Kindly let me know your fav record on #UYSCUTI so the videos can start rolling out ! Dough mine is “JULIE” .... yours are ?”

Kindly let me know your fav record on #UYSCUTI so the videos can start rolling out ! Dough mine is “JULIE” .... yours are ?

READ | Rapper T.I. releases 'What It's Come To' music video addressing sexual harassment cases
READ | Rapper Polo G arrested in Miami after release party of his new album Hall of Fame
READ | Rapper Ludacris shares he enjoys every minute of being a father to three daughters