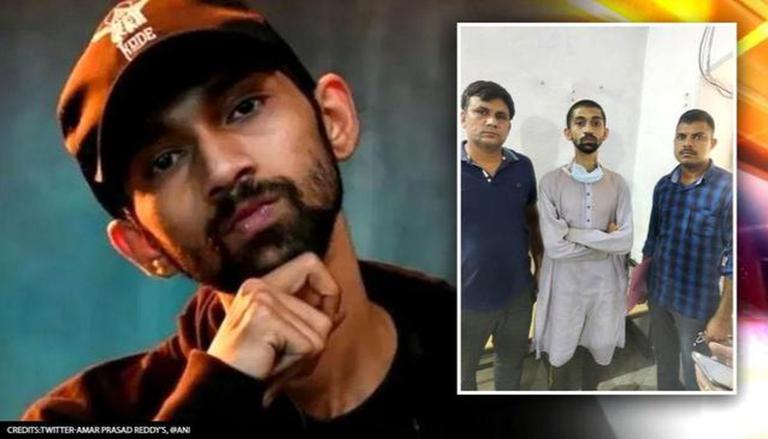 
A team of Delhi Police on Wednesday traced Rapper Kode aka Aditya Tiwari who went missing after posting a suicide note on his social media accounts. Rapper MC Kode is popularly known for his singles like 'Vanchit', 'Pareshan', 'Doob' and 'Gully'. Recently, Rapper MC Kode came under the scanner of social media and had to face a lot of criticism after his 2016 video using abusive language on Mahabharat went viral.

Going by the reports of ANI, a team of Delhi Police on Wednesday after a tip-off traced the 'missing' rapper MC Kode in Jabalpur, Madhya Pradesh. As per police officials, rapper Aditya Tiwari was at his friend's house in Jabalpur, Madhya Pradesh adding that the rapper will be brought back to Delhi where he will be questioned for his step. Earlier, his mother had filed a kidnap case after Rapper MC Kode went missing.

Rapper MC Kode has gone missing from New Delhi on Wednesday, June 2. The rapper had previously received criticism after an old clip of him using derogatory remarks against Hinduism got attention. MC Kode's real name is Aditya Tiwari. Many Instagram users who follow the rapper's private account claim that MC Kode put a message on his Instagram story attempting to end his life.

On Instagram, MC Kode, posted a lengthy message on how his relentless suffering, hardships, and tribulations of life have gotten him weak. Kode stated that he was standing on a deserted bridge near the Yamuna river, where he could see the waves "answering his distress call" and providing him with "much-needed perspective." He apologized to his close ones for his selfish action and said that he was aware that it will bring them grief. However, he added that he wanted them to realise that he was finally going to be at peace and would be able to safeguard the people around him.