Shankar Mahadevan and his sons, Siddharth and Shivam are well-known singers in Bollywood. The trio is often seen together composing music or singing songs. Shankar Mahadevan is famous for his Breathless song where he sang without a pause, hence, the title "Breathless". The song and Shankar's performance have been the subject of memes and jokes for quite some time now. Recently, Shankar Mahadevan's son, Shivam took to Instagram to share one of the latest memes featuring Shankar singing the song.

Shivam Mahadevan shared a meme about his father performing Breathless. The meme is a video of Shankar Mahadevan at an event singing the Breathless song in a faster rhythm than the original composition. The caption for that meme is in the context of the pandemic. It reads, "Coronavirus: Exists. Shankar Mahadevan: I don't have lungs". This is a joke on Shankar's fast-paced singing where he is visibly not even stopping for a breath in between. The meme was originally posted by a page on Instagram. Shivam tagged his father and added a string of emojis to it. 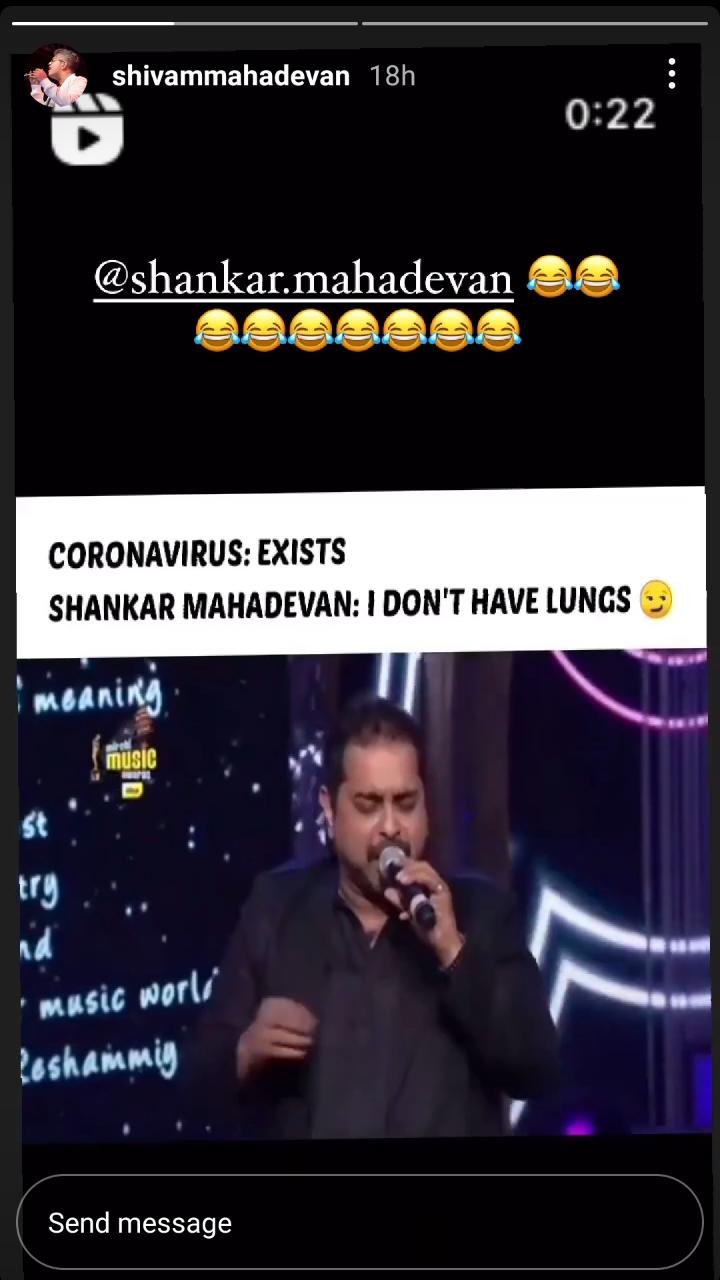 Shankar Mahadevan is an established singer in the Indian film industry. He is also a part of the music composing trio Shankar-Ehsaan-Loy. They have composed and sung several songs for various Bollywood films. He shot to fame after his 1998 album Breathless. The ace singer made his Marathi movie acting debut with the film Katyar Kaljat Ghusali where he also sung the songs featured in the film. Shankar Mahadevan is known for hit songs like Sur Niragas Ho, Mitwa, Tere Naina, Ik Junoon, Dil Chahta Hai, to name a few. He has over 7000 songs to his credit as a singer and composer.

His sons Siddharth and Shivam have both followed in their father's footsteps. Siddharth is known for songs like Malang, Bhaag Milkha Bhaag, Nachde Ne Saare, etc. He has also composed songs for movies in Marathi and Hindi film industries. Shivam Mahadevan has sung with Siddharth and Shankar for singles like Dil Wali Diwali and Durge Durgat Bhari. He was also featured on the songs for the Amazon Prime Video show Bandish Bandits.

READ | Shankar Mahadevan reacts to fake 'like' scam, says 'What do I gain when I know it’s fake?'