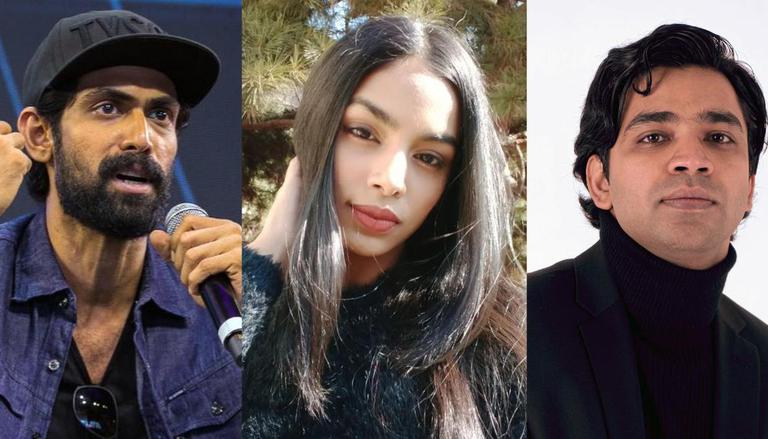 
Congratulations are in order for Odisha's 18-year-old singer Shreya Lenka as she became India's first K-pop idol, joining the members of the South Korean girl group Blackswan. The artiste emerged as the co-winner of the auditions held by DR Music in their lookout for Blackswan's fifth member. While fans have been cheering the youngster ever since her recent feat was announced, actors like Rana Daggubati and Squid Game star Anupam Tripathi also congratulated her.

Taking to his Instagram stories, the Korean survival drama Squid Game actor Anupam shared the news and wrote," great news"  along with a couple of emoticons. Bheemla Nayak star Rana Daggubati too congratulated her by posting the news on his Twitter handle and adding a couple of fire emotions. Shreya later reposted their stories.

For the uninitiated, Lenka was selected for the final leg of training in Seoul last year. The search for Blackswan's final member came after its oldest member Hyeme parted ways with the group back in November 2020. DR Music then announced global auditions to replace her in May last year. After conducting a YouTube audition programme, Lenka and Gabriela Dalcin of Brazil were selected from a pool of 4,000 applicants.

Both Shreya and Gabriella have become the band's newest additions and confirming the same, DR Music mentioned on their Instagram handle: "Sriya and Gabi were finally selected as members of blackswan after participating the global audition program for last 6 months. With their debut, we will be back with the new blackswan."

A programme named 'Cygnus' has been initiated by the group, wherein the two newcomers will be trained to become K-Pop stars. Detailing the project, they mentioned, "'Cygnus', which means constellation of swan, is a project to discover and to train trainees to become stars like the Cygnus. Sriya and Gabi are the first generation of Cygnus, will be introduced soon. Thank you for your interest and support." The duo will be stationed in Seoul for the next few months for their practice sessions.

As per reports, Shreya is also an Odissi classical trained dancer and yoga practitioner, apart from her singing talent. She got hooked to K-Pop when she was 12 and tried to copy some bands, such as EXO.