Korean boyband Stray Kids recently released the schedule for STAYweek ahead for their fandom third anniversary. The band will gift fans some exclusive content 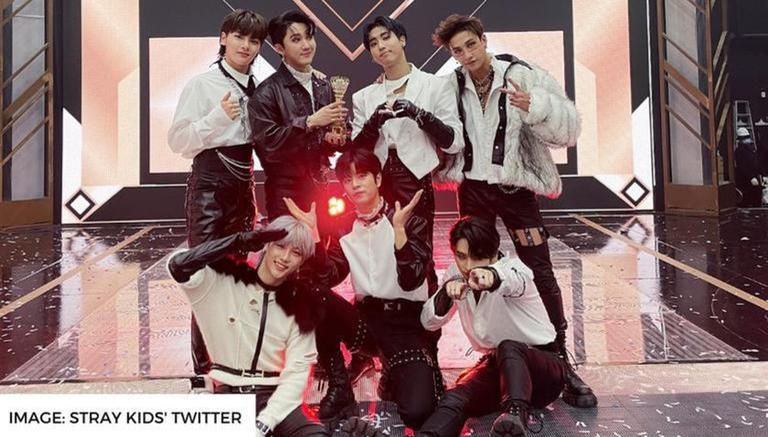 
The fans of the Korean boyband Stray Kids were in for a sweet surprise as the band released their STAYweek schedule ahead of the fandom’s anniversary on August 1. STAYweek is a week full of never seen before content of Stray Kids. The boyband has not only planned a special anniversary live but will also gift their fans with an entire week of exclusive content.

The timetable was revealed by Stray Kids on their official Twitter handle on July 25, one day before the start of the extravaganza. The celebration will include episodes of the members preparing for the anniversary of their fandom, SKZ Song camp, Intro stage, STAY mention party on Twitter and an anniversary live for the fandom.

READ | Ryan Reynolds and Stray Kids' bromance continues on social media, fans can't get over it

JYP entertainment, Stray Kids’ agency revealed that the members' Bang Chan, Lee Know, Changbin, Hyunjin, Han, Felix, Seungmin, and I.N.are all set for their upcoming comeback NOEASY. They recently released a thunderous satirical trailer in which the boys gather together to fight the ‘sound monster’.

Stray Kids score their first no.1 on the Billboard music chart

The boy band was formed by JYP Entertainment through the 2017 reality show of the same name. The group currently consists of eight members: Bang Chan, Lee Know, Changbin, Hyunjin, Han, Felix, Seungmin, and I.N. The group was originally a nine-piece group but member Woojin left Stray Kids due to undisclosed personal reasons in October 2019. In March 2018, the group released their debut EP titled I Am Not, along with the music video of its title track titled District 9. I Am Not debuted at number four on Gaon's Album Chart and sold over 54,000 physical copies in March.