Taylor Swift Slams Her Ex-beau In 'I Bet You Think About Me?' Check All Easter Eggs Here

Taylor Swift recently unveiled a new music video of 'I Bet You Think About Me.' Here is the meaning of all the easter eggs in the music video. 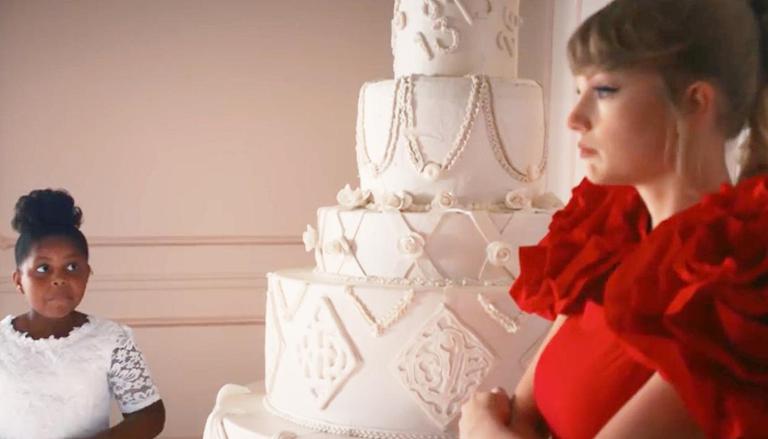 
Taylor Swift is currently on her way to release back to back hits under her new album Red (Taylor's Version). The singer is releasing 30 tracks in her album, including 21 previously released songs and nine unheard gems from From The Vault that features some of her musician friends as writers, directors or featured singers. After unveiling the chartbuster All Too Well, the singer is now drawing her fans attention with I Bet You Think About Me. While All Too Well's lyrics hinted at her romantic relationship with Hollywood star Jake Gyllenhaal, Taylor Swift's fans were fast enough to decode the hidden meaning behind her hit.

Taylor Swift recently released her new track I Bet You Think About Me. The song's music video was helmed by Blake Lively who also got a shoutout in Swift's announcement. Sharing a clip from the video, the singer wrote, "The reddest video EVER is out now. Directed by @blakelively who SMASHED it just like I smashed this cake[sic]." In the video, she was seen destroying a five-tier wedding cake.

The song had a whole lot of references to one of her previous relationships (probably the three months romance with Jake Gyllenhaal). The music video was, therefore, filled with easter eggs. Here is the meaning of all the Easter Eggs in the music video:

There were a whole lot of references to Taylor's one of the most successful albums, 1989. The birds at the bottom of the cake, the reference to Alice In Wonderland, and many more hinted at an extended version of 1989. Fans are now speculating the music sensation might come up with 1989 (Taylor's Version) next.

In the video, the Grammy Award-winner sat at a kid's table hinting at her age while dating Jake Gyllenhaal. The two had a huge age difference, which was the reason Gyllenhaal gave for their breakup. Fans are thinking that Taylor meant she was still a kid when she was heartbroken in 2010.

The All Too Well scarf

Taylor Swifts gifts a red scarf to her ex's bride in the music video. The same scarf was featured in her previously released All Too Well short film. The appearance of the infamous scarf declared the whole video's meaning.