The Weeknd Wins 10 Billboard Music Awards, Performs Save Your Tears

The Weeknd was the recipient of the most number of awards at the Billboard Music Awards 2021. He also gave a spectacular performance on 'Save Your Tears' 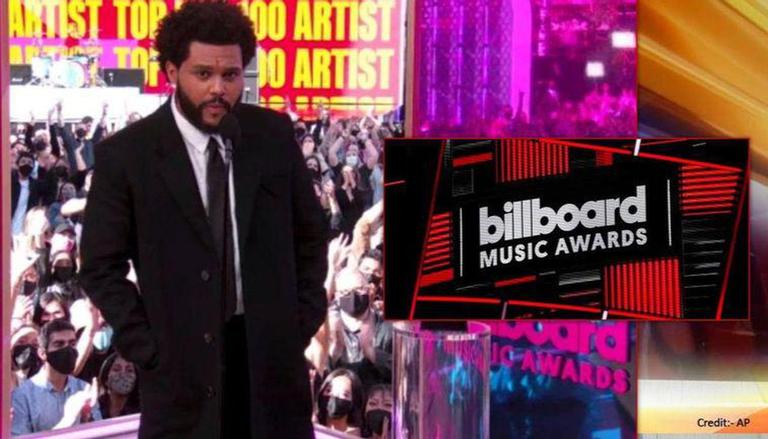 
The Weeknd took home a total of ten trophies at the Billboard Music Awards on Sunday evening, such as the evening's climactic top artist trophy. He was trailed by the late Pop Smoke with five accolades and BTS and Bad Bunny with four each. The Weeknd vowed a change of pace in his upcoming album and success cycles as he accepted one of several honours on stage early in the evening. He promised, "The after-hours are done and the dawn is coming." After a minor show-of-religiosity bogus, he cracked a joke at some other point. He said, "I'd like to thank God... that I don't have to wear that red suit anymore."

A pre-recorded music clip of his song Save Your Tears — filmed in the massive Arcadia shopping centre parking lot, with highlands and the racecourse in the backdrop, even after host Nick Jonas' claim that it would be shown from "downtown L.A." — was one of the show's attractions. The Weeknd's incredibly quick convertible was accompanied by a complete legion of other automobiles performing stunt orchestrations behind him for the majority of the run until it concluded with an aerial, Busby Berkeley-style clip of the singer and his vehicle flanked by concentric rings of other automobiles. The Weeknd's Billboard Awards performance was considered the highlight of the show.

The event was held in front of a completely vaccinated, entirely masked live studio audience in the square outside of L.A.'s Microsoft Theatre, with finalists appearing from a secured "backstage" area to collect their trophies with their backs turned to the audience — almost all of them ensuring to look around and bow to the audience. Twenty One Pilots, AJR, Glass Animals, and DJ Khaled with H.E.R. and Migos were among the artists who performed live on the square. Other, somewhat intricately staged pieces, such as Pink's lengthy compilation of old and new tracks, a Doja Cat/SZA duet, and Alicia Keys' montage of songs from her 20-year-old breakthrough album were filmed inside the theatre without a crowd.