Tom Parker's Net Worth Will Surely Leave You Speechless; Read Details About His Career

Singer Tom Parker has been working in the industry since 2003 with 'The Wanted'. Take a look at Tom Parker's net worth. Read further details about his career.

Singer Tom Parker has delivered several successful chartbusters in his career and has been working in the music industry for the past 17 years. Born in Bolton, England, Tom Parker sings for the famous Brit band, The Wanted in 2000. Here is everything you need to know about the singer’s massive net worth. Read more details about his career.

As per a report published in capitalsfm.com, Tom Parker’s net worth is estimated to be around 8 million USD. Converted in rupees, the singer’s net worth becomes Rs 58,64,92,000 (Rs 58.64 crores). Tom Parker tied the know with his long-time girlfriend Kelsey Parker in 2018 in a lavish ceremony in Surrey, England. With his boy band, Parker has released 3 top 10 albums. More so, Parker’s band has amassed worldwide recognition and has sold over 10 million records. 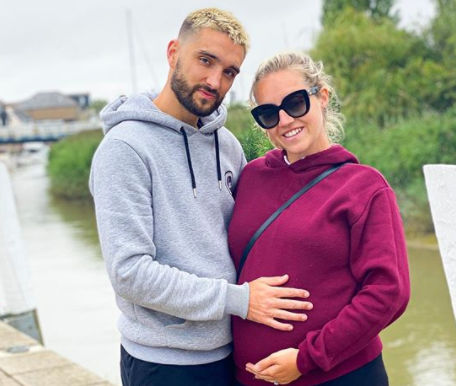 Tom Baker was recently diagnosed with an inoperable brain tumour, a grade four glioblastoma, for which the singer is already undergoing radiotherapy and chemotherapy treatment. In an interview with OK! magazine, Parker confessed that he found out about his tumour six weeks ago, and admitted that he is ‘still in shock’. He further told the magazine that he always knew something wasn't right, however, he never expected it to be this. Tom’s wife is pregnant with the couple's second child. They are parents to 16-month-old Aurelia.

All about 'The Wanted'

Besides Tom, the much-loved boy band The Wanted consists of members Max George, Siva Kaneswaran, Jay McGuiness and Nathan Sykes. Reportedly, the group was established in 2009 and were signed to Island Records and Mercury Records. Managed by Scooter Braun, the boy band has been certified for 600,000 albums and 2 million singles in the UK. (As per BPI). The group was also seen in the show, The Wanted Life, which gave fans a glimpse in the group's stay in Los Angeles while they recorded their third worldwide album and prepared for a world tour, as well as their day-to-day antics.