As Travis Scott's Astroworld incident created a buzz on the internet, the artist was recently spotted outside in public after facing backlash from the audience. 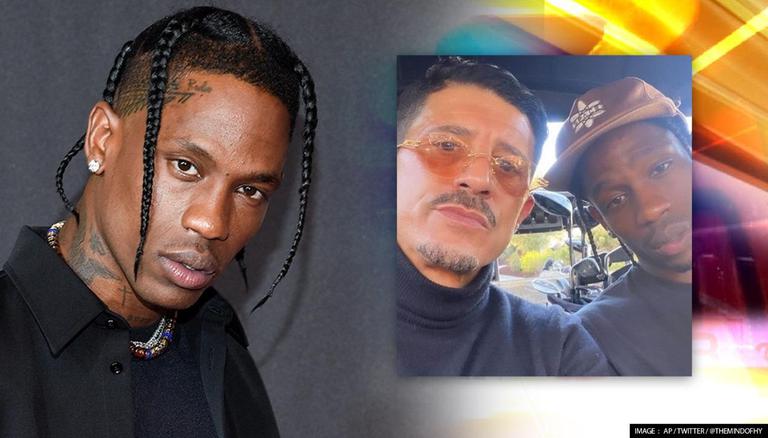 
As Travis Scott's Astroworld tragedy took the internet by storm, the artist faced major backlash from fans post which he was nowhere to be seen. Weeks after the tragedy, Scott was recently spotted by the fans in public with Michael Jordan, Mark Wahlberg and other prominent celebrity artists.

Taking to social media, numerous fans dropped in pictures and videos of Travis Scott spending some quality time with Michael Jordan, Mark Wahlberg and other celebrity artists. In the photos, he can be seen sitting alongside Michael Jordan and Mark Wahlberg to which the fans expressed their grief on how he could be chilling with his friends after a massive tragedy.

Some fans also backed the artist and stated that he too has a life and he cannot just stop living after the tragedy. Some fans stated how Travis Scott was having a good time while the Astroworld tragedy victims and their families were still suffering. Many of them also spotted that Travis Scott was not looking happy while hanging out with Michael Jordan and Mark Wahlberg. Take a look at some of the fans reactions to Travis Scott first appearance after Astroworld concert.

Say that to one of the survivors. How would you feel if your friend got in a car accident, whilst you suffer the injuries in the passenger side. You go into a coma, and then wake up to photos of him popping bottles, with all your besties....ha! How do you know he feels?

Nice to see travis golfing having a great time while all those peoples family that died at his Concert won’t be having such a great thanksgiving this year. Way to go Scott your so cool

He look sad still @trvisXX it’s not your fault

What happened at Astroworld Concert?

It all began when Travis Scott was performing at NRG Park in Houston on Friday, November 5 when the crowd consisting of around 50,000 people lost control as they surged towards the stage. This led to panic among the audience and some of them began to fall unconscious while others suffered from cardiac arrest. Post the mass casualty incident, Travis Scott took to social media and released a statement extending his heartfelt condolences to the families of those who lost their loved ones in the chaos.

The statement read, "I am absolutely devastated by what took place last night. My prayers go out to the families and all those impacted by what happened at the Astroworld festival. Houston PD has my total support as they continue to look into the tragic loss of life. I am committed to working together with the Houston community to heel and support families in need. Thank you Houston PD, Fire Department and NRG Park for their immediate response and support. Love you all."

Scott later announced that he will be providing a full refund for all the attendees who purchased the tickets and further informed everyone that he will no longer be performing at the Day N Vegas Festival on the upcoming weekend.