TWICE member Nayeon became the first member to make her solo debut as she released a pop-inspired album titled IM NAYEON. Read on to know more. 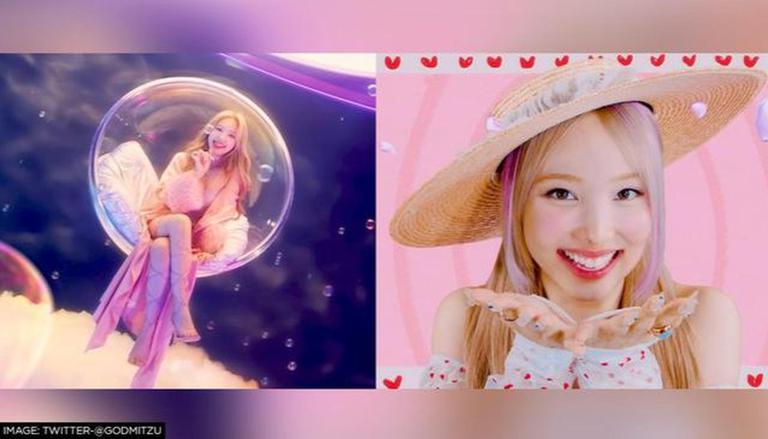 
After a long wait, South Korean girl group TWICE's member Nayeon made her solo debut by releasing a self-titled EP, IM NAYEON. The album comes after nearly seven years since the group's debut as the 26-year-old becomes the first member to drop her solo venture.

She also released the colourful music video of the track titled Pop!, bringing back TWICE's popular K-pop anthems from the past. The young singer, who is known to be the face of the girl group, is earning praises from netizens on social media. see what they have to say about it.

The EP titled IM NAEYEON comprises seven tracks namely POP!, No Problem featuring Stray Kids member Felix, Love Countdown featuring Wonstein, Candyfloss, All of Nothing, Happy Birthday To You and Sunset. The singer released a music video for the single POP! that featured her in a colourful and exuberant setup.

From whimsical props to extravagant setups, Nayeon's charming personality popped out in the feel-good track. Her bunny smile was a constant appeal throughout the music video setting the listeners in a jovial mood.

Nayeon also performed her track on several music shows marking the first time she took the stage without their members. However, fellow bandmates as well as labelmates were present to support Nayeon through her solo venture. Stray Kids from JYPE sent a heartwarming message to their sunbaenim (Senior) by saying,

READ | Sai Pallavi apologises for remarks on 'TKF'; 'Will think twice before I speak'

''Sincerely congratulations for Nayeon sunbaenim for the solo debut. We are enjoying listening to Pop, as expected Nayeon is so cool we are rooting for you from afar!''

stray kids congratulations for nayeon’s solo album! they mentioned how amazing both the album and mv is and how felix featured in ‘no problem’! they said they keep listening to it while in usa! pic.twitter.com/VQTAnsrWv8

Fans were beyond ecstatic after the release of TWICE singer Nayeon's solo album. Many shared their support for the singer in her solo project. One fan tweeted, ''kpop was in shambles. noise music was on the verge of taking over, terrible debut after debut, the genre was near its end and losing its meaning…until NAYEON happened'' while another wrote, ''NAYEON POP! M/V!!! OMG, NAYEON is perfection!!! POP! is so enormously catchy and my heart is filled up with happiness thanks to NAYEON's wonderful vocals, dance and energy!!! This song is a magnificent masterpiece''.

ALL OF THESE IN ONE MV, IM NAYEON'S POP MV IS A MASTERPIECE pic.twitter.com/d6dZJpo0kT

THE FINGER AS THE APOSTROPHE IN "I'M NAYEON" OMG pic.twitter.com/MsYQS48N1f

NAYEON THREW HER JACKET AND IT WAS THE APOSTROPHE IN THE "I'M NAYEON" pic.twitter.com/x8EPfOxrH9