What Happened To Bad Wolves Lead Singer Tommy Vext? Why Did He Leave The Rock Band?

While fans are thrilled to know the name of the new lead singer of the band, some are still wondering what happened to Bad Wolves lead singer Tommy Vext. 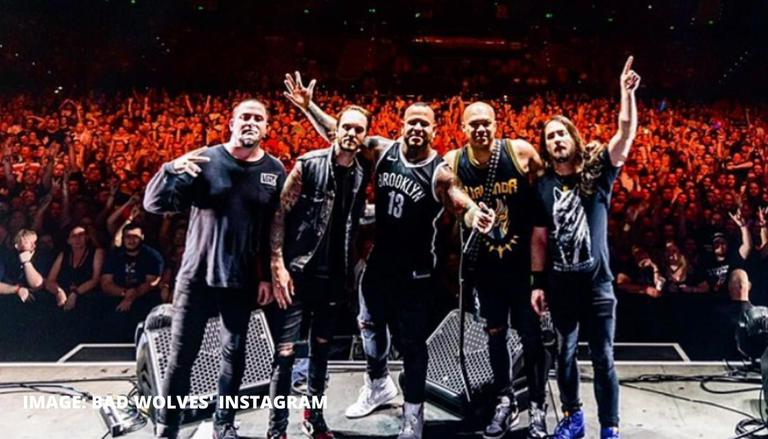 
The heavy metal band Bad Wolves initially formed in 2017. All five members of the band released their first album Disobey in 2018 and their second one N.A.T.I.O.N. in 2019. The band has an upcoming album named, Dear Monsters, which is set to release in 2021. While the band was working together on their music, their lead singer, Tommy Vext, decided to leave in January 2021. The band stated on social media about Tommy's exit. While fans are thrilled to know the new lead singer of the band, some are still wondering what happened to Bad Wolves lead singer.

Bad Wolves took to their social media account to release an official statement. However, they did not clearly mention the reason behind Tommy's exit. Their note read, "It is true that Bad Wolves and vocalist Tommy Vext have parted ways. The four of us plan to continue making music and a new album planned for later this year. Tommy has been a big part of Bad Wolves and we are grateful for his contributions. There is not much else to report at the moment but to send love and gratitude to the fans who have supported Bad Wolves from day one. We would not be here without you. All the best, Chris, Doc, Kyle, and John."

A few days later, Tommy himself shared the reason behind his departure from the band. He took to his social media account to post a written and video statement. He blamed the cancel-culture for his exit from the band. His note read, "Cancel culture came after my band. I was threatened, ridiculed, blackmailed and smear campaigns were launched to destroy my career and my livelihood."

On June 2, 2021, Bad Wolves announced their new lead singer through social media. The rock band welcomed Daniel 'DL' Laskiewicz as the lead vocalist. They wrote, "We are excited to officially announce that Bad Wolves has a new singer - Daniel “DL” Laskiewicz @daniel_laskiewicz DL is a tremendous songwriter and singer, and we can confidently say that the album we are working on, titled Dear Monsters, is the best Bad Wolves album to date."

READ | Stan BTS? Check out how all the BTS members came together and formed the popular band
READ | As BTS' Taehyung aka V completes 8 years in the K-pop band, fans pour in their love