Justin Bieber was severely criticised when he stood by Chris Brown when Brown was facing allegations of rape. Fans were really upset with him. 
Justin Bieber has a huge fan following and has a platform where he has the power to influence a lot of people, especially a younger demographic. This is why he is also at the helm of a lot of criticism if he chooses to raise his voice against something that is deemed to be wrong. This was the reason Justin Bieber received a huge amount of flak back in 2019 when he voiced his support for Chris Brown. 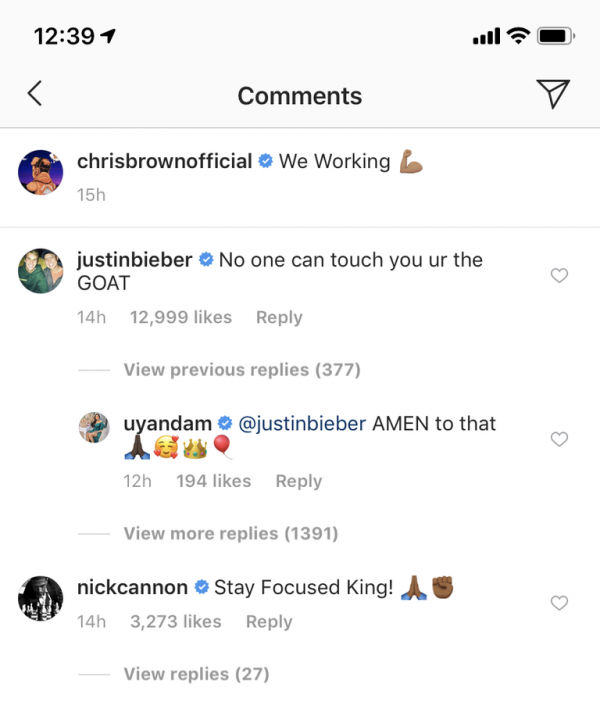 At that time, Chris Brown was facing allegations of rape and was under investigation. When Brown had posted a video of him practising a dance move for an upcoming music video, Justin Bieber was quick to comment to show his support. Justin Bieber had commented on the video calling Brown the Greatest of all Time and claiming that no one could touch him. Chris Brown had collaborated with Bieber in one of Justin Bieber’s songs and that was the point from where the two of them grew close and formed a friendship.

People were visibly upset with Bieber who would rather stand with a person accused of rape than standing for a victim. Most people posted on social media that they were really disappointed in him and the choices he was making. Others were sarcastic and said that they would rather he kept quiet than sharing his opinions that were extremely wrong. One particular person wrote, “@justinbieber look... I adore you but that's not a comment to make when he is being accused of something really bad. Real or not, your comment is dumb”.

Another post by Justin Bieber saw him drawing comparisons between Michael Jackson, Tupac and Chris Brown. He had written, “Everyone wants to wait till people die To give them the credit they deserve, I’m calling it now when CB passes away after a long full life, you will miss what you had in front of you the whole time … trust me watch you will see, the people who have overlooked this man's talent because of a mistake he made.. you need to reevaluate! Love you @chrisbrownofficial.”