EXCLUSIVE | World Music Day 2022: Papon Recalls How KK Inspired Him; 'The Magic He Created On Stage..'

On the occasion of World Music Day 2022, renowned musician Papon recalled late singer KK, shared his thoughts on the future of the music industry and more. 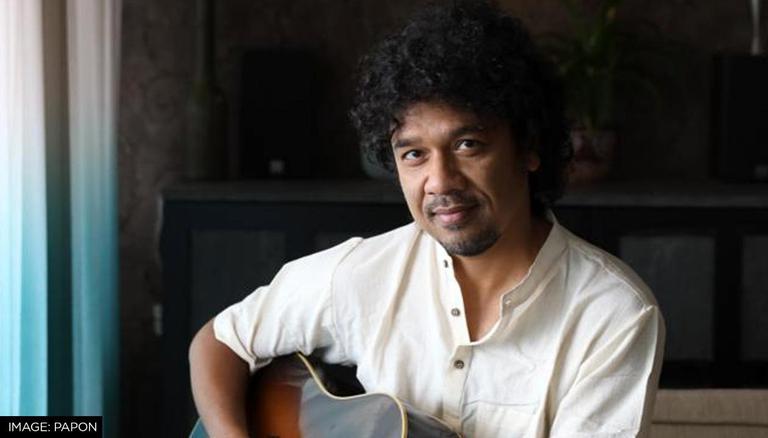 
Angaraag Mahanta, famously known by the stage name Papon, is credited to accelerate Indian classical and Folk music through his art. Besides lending his voice to Bollywood hits like Moh moh ke dhage, Jiyein Kyun and more, the singer hailing from Assam founded the folk-fusion band Papon and The East India Company.

Starting his career in his hometown, the 46-year-old singer has come a long way as he successfully connected with the people through his music without it being affiliated with any Bollywood film. In an exclusive interview with Republic Media Network on the occasion of World Music Day, Papon talked about the future of the music industry, and independent artists and also recalled Bollywood playback singer KK who passed away on May 31, 2022.

How do you plan on celebrating World Music Day?

I am celebrating it by doing something I love the most, performing live and the best part is that I am part of a concert with legends like Ustad Amjad Ali Khan, Ustad Rashid Khan, Hariharan & Shubha Mudgal. I am honoured to be part of this celebration.

How would you describe your musical journey so far with so many hits like 'Jiyein Kyun,' 'Humnava' and more?

My musical journey has been great I would say. I have not just had big hits as you said in Bollywood but also my independent music/non-film music, my pop music and my folk music have received immense love. My musical journey started before my Bollywood journey. With non-film music, I got a chance to be part of great shows like Coke Studio. I feel blessed. I had no such plans and I just feel grateful.

READ | Papon talks about financial crisis amid lockdown: 'Haven't done a live show in a year'

You've earlier said that late singer KK inspired you to become a better artiste. Would you like to share more about it?

At the beginning of my career, I was part of the same show he was supposed to perform at. We met and hung out. I was very nervous as I was young. I realised what magic he created on the stage. I immediately picked up and learned; it was inspiring. It helped me perfect my art and it made me a better artist. He was a very private person and extremely professional, seeing him live his life like that was inspiring.

READ | Cannes 2022: Singer Papon represents Assam at French Riviera; 'It's a proud moment for me'

What do you think is the future of the music industry in India, with a lot of independent musicians and albums getting recognition through social media?

I am happy that we are working towards creating a music industry. We didn't have one earlier, it was more of a film industry that made music. We have been working on creating this industry for a very long time. Some of us have been working hard on independent music. It's nice that the future is here. The internet has helped immensely, a lot of new music can be heard now, and independent artists are getting platforms and recognition. I hope that since it has come to the forefront now, we will get to hear impactful, meaningful and good-quality music. It's time for good music to be plenty so that we can all access it.

What are you working on right now? Guide us about your future projects?

I have been working on a lot of things, for the last two to three years during the pandemic. Since I had a lot of time on my hands, I went back to creating music and new sounds. I am redefining my style, researching, and re-finding what I really wanted to do. I always make sure that my next album should be entirely different from my last, sound-wise. I can't reveal much but I am working on 2-3 very diverse styles of music, and hopefully, they will release soon.

On World Music Day, what message would you like to send to all the aspiring musicians out there?

Every day is a music day for a musician but today is a special day that reminds us of it. I would say, it's a good time for aspiring musicians.

I would say to them, 'Get your music out there, you have all the tools to make original music and find your sound and your character. Make a mark by being you so that there is no one like you. Go make music and put it out there, because good music always finds its way to shine.'

Notably, Papon represented Assam at the 75th edition of the Cannes Film Festival in France this year. The singer represented his heritage and met with fellow Indian musicians including Music Maestro AR Rahman.