Taking to Instagram, Ye West's rumoured girlfriend, Vinetria, recently shared a set of stunning pictures of herself while posing in the mirror. Take a look. 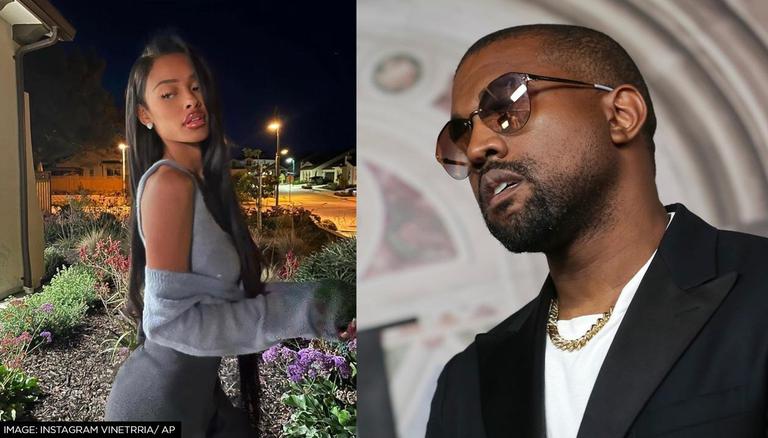 
As Kanye West, now known as Ye West, and his rumoured girlfriend have been doing rounds among the fans, the latter recently dropped in a sizzling picture of herself and left the fans drooling over her.

Ye West is a prominent American rapper and record producer who has a series of acclaimed albums under his name.

Vinetria, Ye West's rumoured girlfriend, recently took to her official Instagram handle and shared a series of selfies in which she can be seen posing in front of the mirror. In the first photo, she can be seen posing while clicking a mirror selfie with her phone and flaunting her waistline. She can also be seen showcasing an all-black look while wearing two-piece black sportswear with a black furry jacket on. In the next two ones, Vinetria is seen pouting for the camera while depicting her stunning look.

Numerous fans took to Vinetria's latest Instagram post and complimented her fitness. Many of them also began teasing her with Ye West's name while others stated how they were obsessed with her. Some fans were astonished by her fitness and stated that she was giving major 'body goals' to them. Others took to the comments section and expressed their amazement by stating 'oh my lord' and 'wow' while many others mentioned that she was their favourite. Take a look at some of the fans' reactions to the latest Instagram post of Ye West rumoured girlfriend, Vinetria. 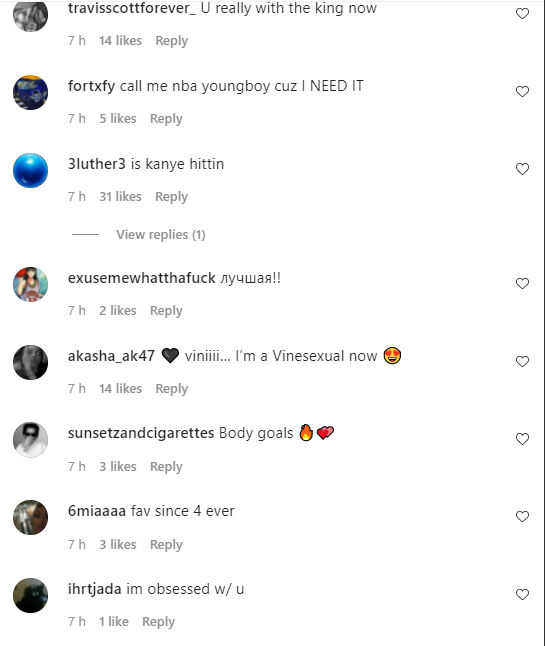 Who is Ye West's rumoured girlfriend?

For those who are unaware of who Ye West's rumoured girlfriend is, she is a 22-year-old Instagram model who is popular among her fans for her charismatic and fashionable modelling skills. According to www.capitalxtra.com, her net worth is approximately $1.5 Million.

Vinetria was linked to Ye West when the duo was spotted together recently at Ye's Donda Academy's debut basketball game in Minneapolis. A source told Page Six that the rapper had been "hooking up" with Vinetria for a while now and also revealed that she was in Miami with West when the latter recorded the now-viral “Drink Champs” interview. However, nothing has been made official about their relationship so far while the fans are looking forward to spotting them together at the next Sunday Service.

READ | Kanye West offers Drake an olive branch amid feud, invites him for concert for cause