A black bear broke into a house and interestingly when raided by the forest officials, managed to escape by smashing a hole through the wall.

Human and wildlife encounters are increasing day by day with people encroaching their living space. Recently, a black bear broke into a house in Colorado and interestingly when raided by the forest officials, managed to escape by smashing a hole through the wall.

Estes Park Police Department recently put out a post on social media narrating the incident. Sharing pictures of the broken wall, they wrote, “Last night a bear entered a residence near the area of Fall River Road. The bear seemed to have been attracted to the scent of refuse. Upon officer's arrival, said bear forcibly breached a hole in the wall like the "Kool-Aid Man" and made its escape.”

“Bears are extremely smart, which means we all have to be too. Sometimes it’s literally as easy as a push of a button or flick of a lock. Make it a routine to check everything is closed up before you go to bed or leave the house to do errands,” the department added.

This is not the first instance of a bear encounter in the area. As the post surfaced, many people took to Twitter and shared their experiences of the same in the comment section.

"My Glen Haven home had two bear break-ins - one when I was out of state and had winterized. He ransacked my kitchen anyway. The second attempted break-in was while I was asleep down the hall. He tried to *remove* the door and only succeeded in pushing the glass out of the top half of the door. Thankfully he just couldn't get his hind end through the opening!" wrote one user.

"Our mistakenly unlocked van was targeted by a bear early Friday morning 8/9/19 while at Estes Park Condos at Estes Park on Fall River Road. All 4 doors of our van were opened. A bag of sunflower seeds was taken. Amazingly, absolutely no damage to our vehicle. But lots of slobber and hair to clean up." wrote another.

Here's how netizens have reacted to the incident: 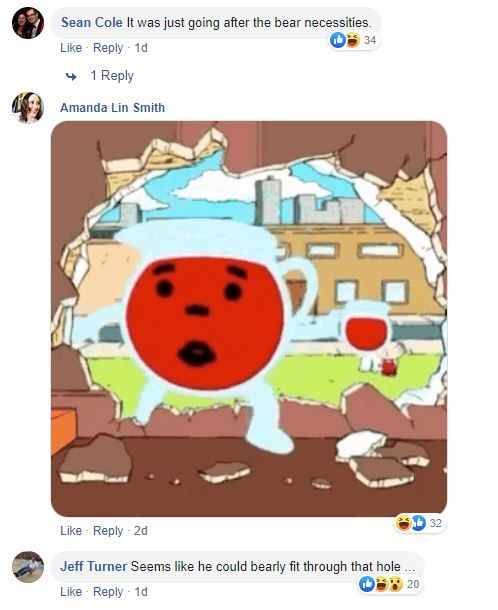 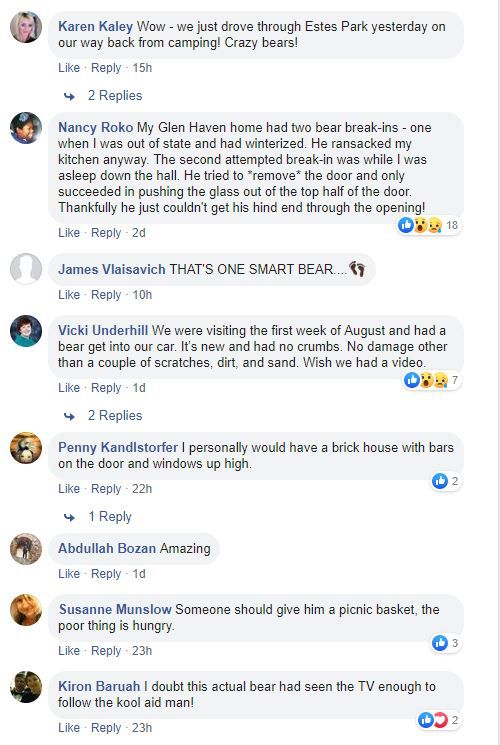