At the 15th edition of the Blenders Pride Fashion Tour on Saturday, Priyanka Chopra made a stunning appearance in a black ensemble.

The last leg of Blenders Pride Fashion Tour was held in Mumbai on Saturday and it witnessed a glamorous lineup of Indian designers showing off their best ensembles on the ramp. Global icon and brand representative Priyanka Chopra Jonas created a splash with her entry on the stage as she looked every bit a fashion diva in a black gown and a heavily studded belt. She wore beautiful earrings and went for hair updo that made quite an edgy statement. 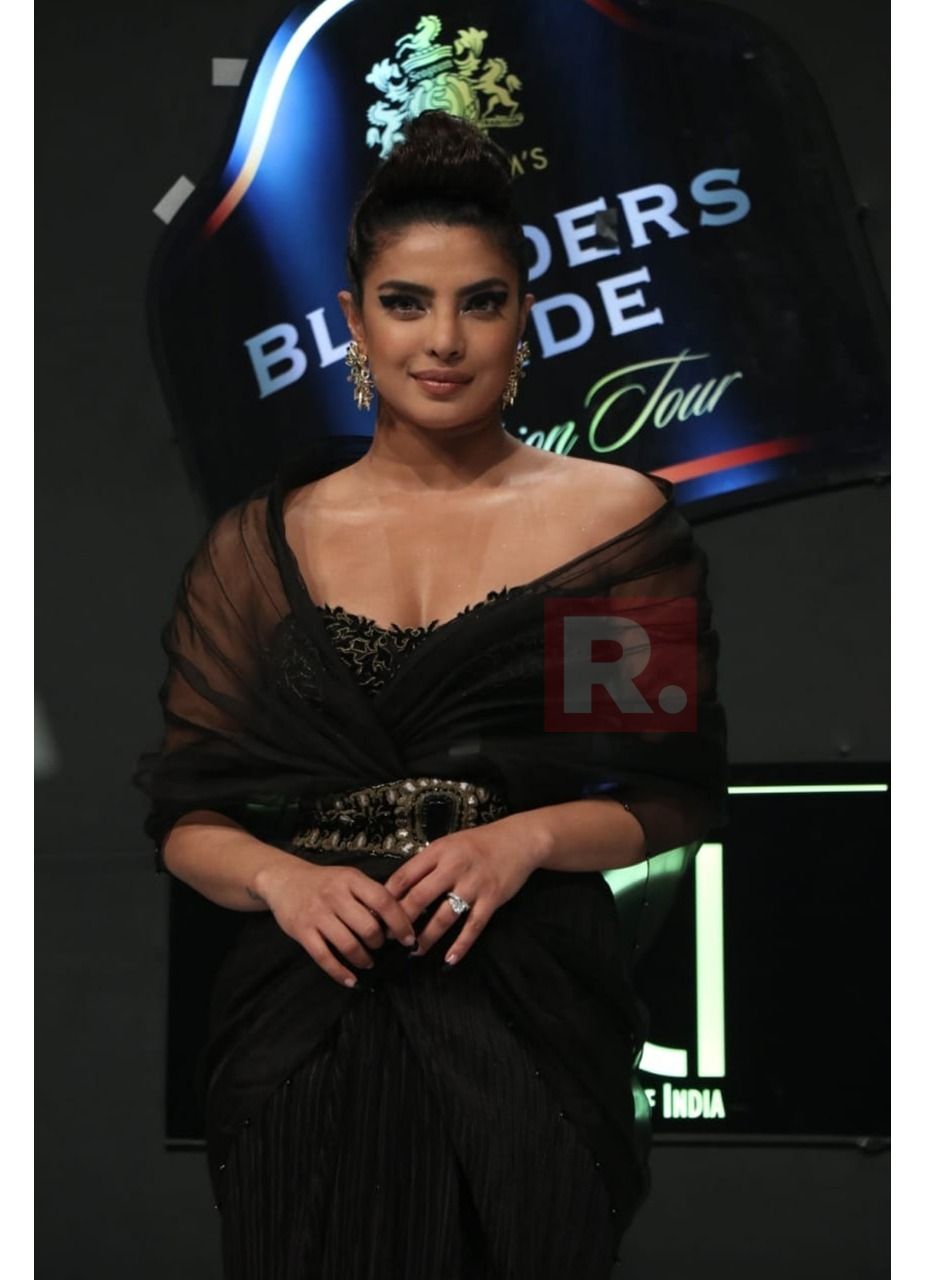 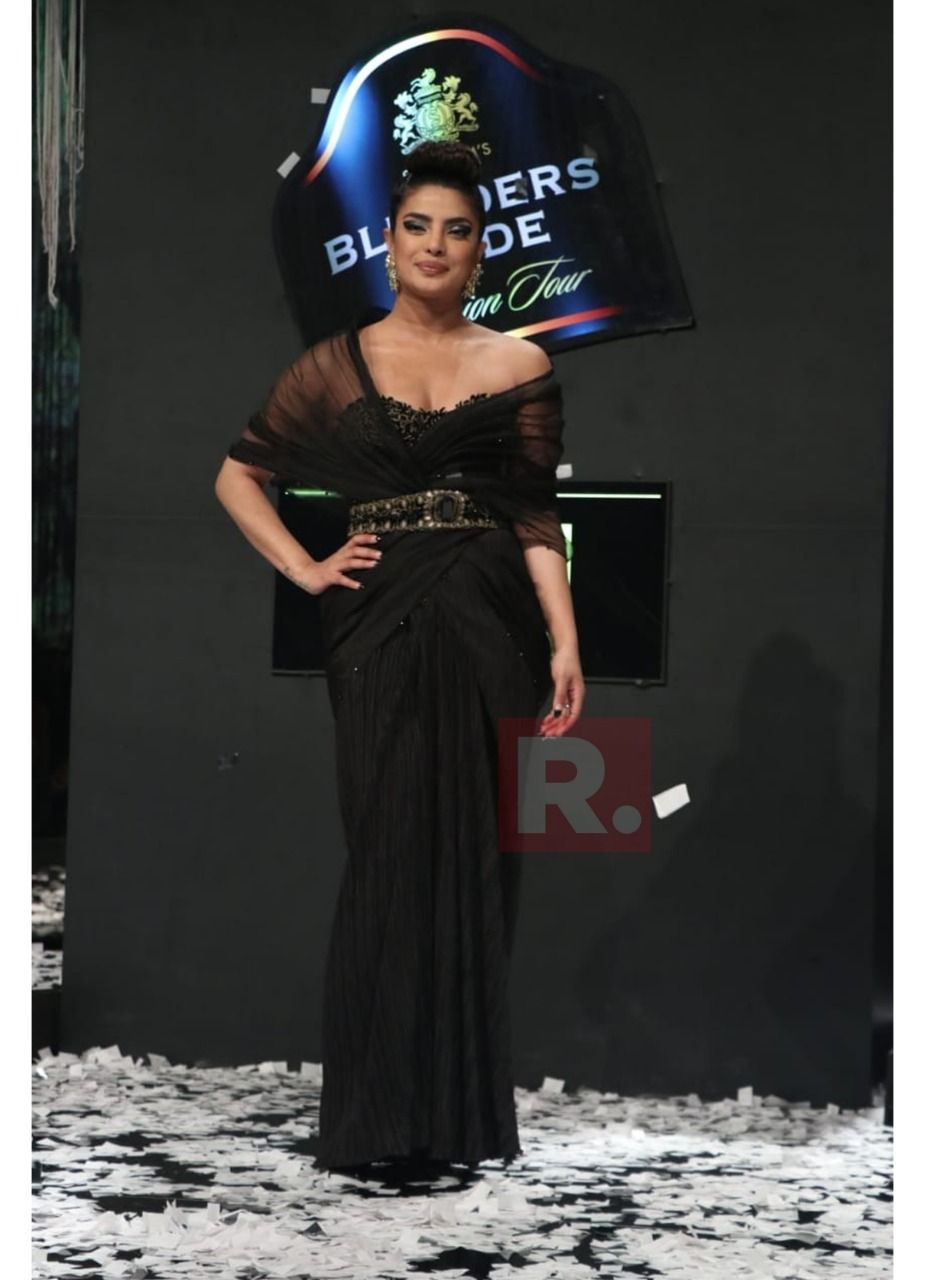 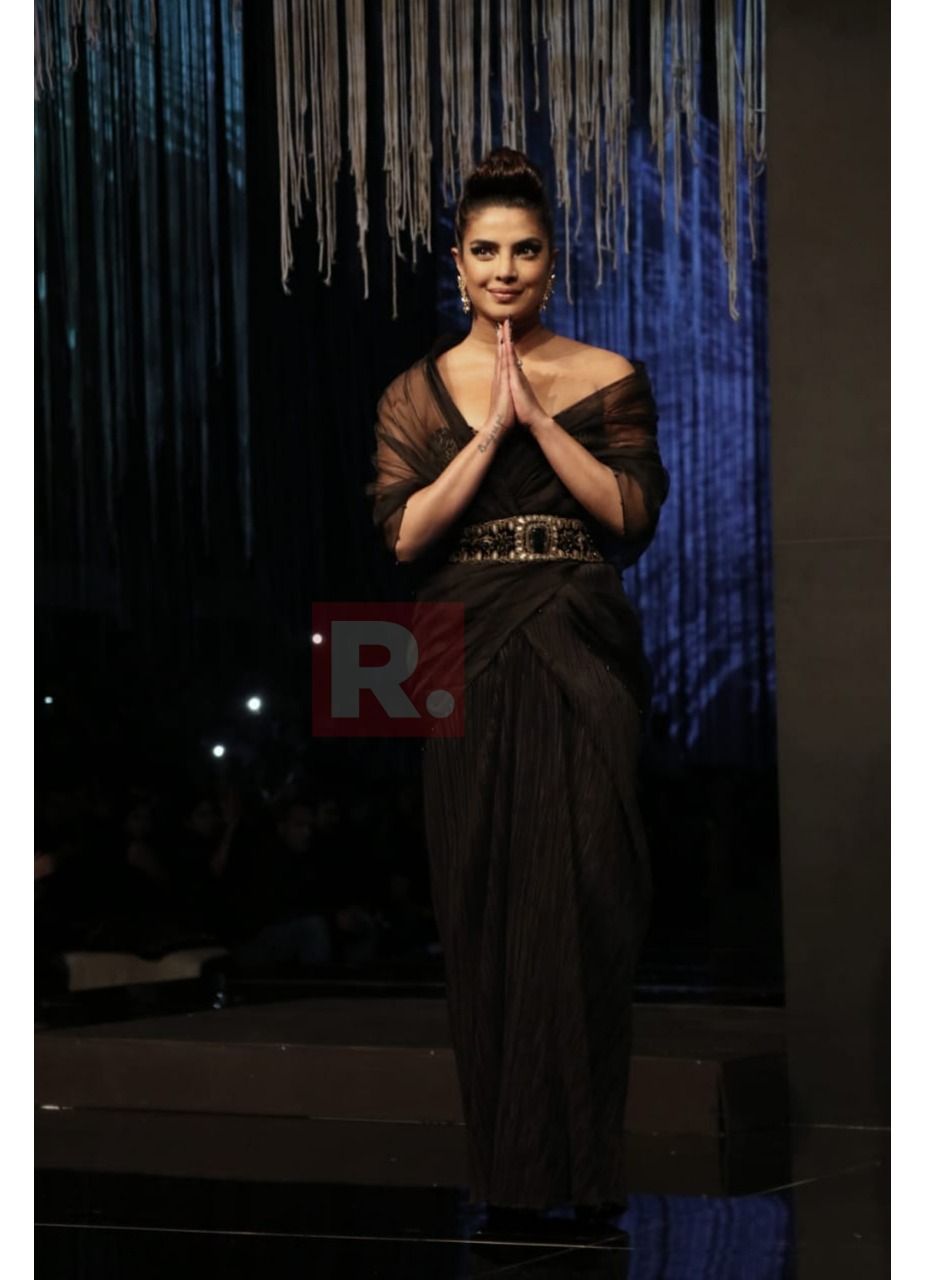 The actor has always made headlines with her sensational style of fashion and her presence on the Blenders Pride Fashion Tour stage was definitely a treat for the eyes. Priyanka kickstarted the show by remembering late fashion designer Wendell Rodricks who passed away earlier this month. She also spoke about the brand and the designers' efforts to make the show a success. Speaking about her one decade anniversary of being associated with Blenders Pride, Priyanka Chopra looked back at the beginning of her journey and praised the initiative of the brand to bring Indian fashion to the forefront.

"It is the 15th edition of the blenders pride Fashion tour and I have fortunate enough to be with them for 10 years. This is my one decade anniversary as well...  My association with BPFT now is almost a decade long. What started as an idea to showcase Indian fashion has today become one of the premiere events in this country. It's a testament of the brand's passion, commitment and loyalty to promote Indian fashion. (sic) " , said the actor.

What's next for Priyanka Chopra?

The actor was last seen in director Shonali Bose's film The Sky Is Pink opposite her Zindagi Na Milegi Dobara co-star Farhan Akhtar. Priyanka Chopra will be seen next in Robert Rodriguez's upcoming film We Can Be Heroes. She has been signed for the fourth instalment of the Matrix franchise as well as an Amazon web series titled Citadel created by Antony and Joe Russo. She will star opposite Game Of Thrones actor Richard Madden in the show. Priyanka Chopra has also signed up to play the lead in the biopic series based on Ma Anand Sheela which will reportedly be co-produced by her.