Busan Film Festival is now all set to embrace the series produced for streaming services and showcase some highly anticipated series in its section 'On Screen'. 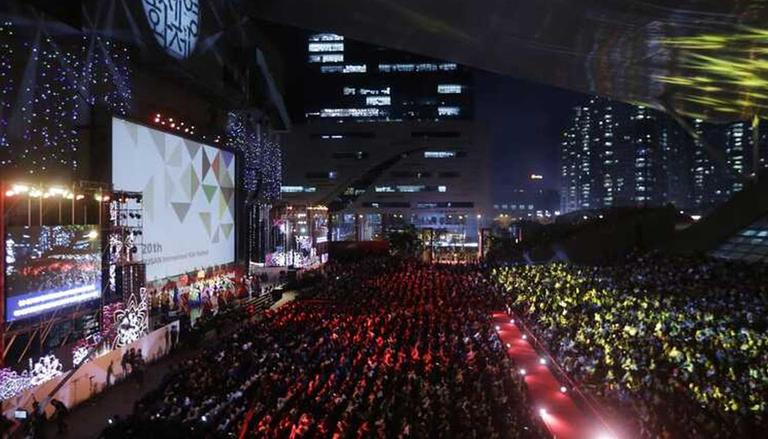 
South Korea's Busan International Film Festival is one of the most significant festivals in Asia. The festival takes place every year in the Busan city of South Korea. This year, the 26th Busan Film Festival is scheduled to commence from October 6. It has also made several changes and is now all set to embrace the series produced for streaming services. The festival will include 'On Screen,' a special section showcasing some highly anticipated series to be released on the online streaming giants.

The Busan International Film Festival has opened its doors for TV and web series streaming on OTT platforms. The festival's official social media handles announced a new section, On Screen, to be newly launched for online content. The film festival's Instagram handle also revealed the list of series it will be showcasing. The announcement read, "The 26th Busan International Film Festival Section 'On Screen'. On Screen is an official section that has been newly launched at the Busan International Film Festival this year. It is the first time for an Asian film festival to offer the viewing of contents over online video streaming platform (Over the Top, hereinafter OTT) to the big screen!" The film festival further shared the list of the series to debut at the event and wrote, "On Screen SelectionsㆍHellbound, Netflix SeriesㆍMy Name, Netflix SeriesㆍForbidden, HBO ASIA's Original Drama Series." The post further announced that On Screen will showcase highly anticipated dramas that will have either global or Asian premieres.

Details about series to be showcased at BIFF

The much-anticipated supernatural series is created by Yeon Sang-ho. The series' plot revolves around some supernatural events in which people receive a hellbound condemnation. The series stars Yoo Ah-in, Park Jung-min, Won Jin-ah, and Kim Hyun-joo.

My Name is a Netflix crime-thriller series. The series is being created by Kim Jin-min. Its plot revolves around a woman and her quest to reveal the secret of her father's death and seek her revenge.

The series Forbidden is created by Anucha Boonywatana and Josh Kim. The show is the story of four friends who travel to a remote village for one of their father's funeral. It will premiere on HBO.

READ | This Independence Day, Bandra Film Festival to screen 'I am Kalam' & 'Riding on a Sunbeam'